Women Are Falling Down the Corporate Ladder

The coronavirus pandemic has led to an increase in gender inequality in the workforce. Job losses disproportionately affect women and remote schooling pressures mothers to give up their careers.

Millions of Americans lost their jobs due to the COVID-19 pandemic, but one key demographic may remain home even after the quarantine ends: women. Since the start of the pandemic, women have been leaving at a rate 4 times greater than their male counterparts. According to the U.S Bureau of Labor Statistics, 617,000 women left the workforce in September 2020, compared to 78,000 men. This great disparity isn’t just a consequence of gender inequality in the workplace. It’s a result of the forced division of labor between men and women in nuclear families, pressuring women with children and other family obligations to prioritize the needs of others over their own professional fulfillment.

This trend isn’t exclusive to women who voluntarily choose to stop seeking employment. Many will continue to work but downshift their careers, decreasing the number of women in leadership roles in the future. From 2015 to 2020, the number of women in vice-president roles has risen by 5%, while 4% more women overall have joined the C-suite at their companies. With fewer women incentivized to move upward, America could regress.

Furthermore, women accounted for 54% of initial pandemic-related job losses, despite only representing 47% of the workforce. This could indicate that companies are either prioritizing male employees or that the female employees are less likely to be given responsibility, which would prevent them from being laid off.

But why has the pandemic changed women’s long-term career plans? Since the coronavirus has shut down schools and childcare is more difficult to come by, families are struggling to manage children on top of new responsibilities relating to the stress of living in a pandemic. That burden typically falls on mothers, who are expected to put family obligations before work. Part of that phenomenon is the traditional division of labor which Americans default to in a crisis, though the reality that women tend to make less than male partners may also play a role. Among dual-career couples, 40% of women said that they were spending 3 or more hours extra per week on childcare, while only 27% of men said the same. Even before the pandemic, studies found that women did almost twice as many household chores compared to men, correlating with the fact that twice as many mothers have chosen to stay at home during the epidemic than fathers.

That disparity is even worse for Black and Latina mothers. The disparity in housework between men and women is 1.6 times higher for Latina women and 2 times higher for Black women. This is likely because Black and Latina women face even more difficulties in the workforce than women do in general. For example, only 26% of Black women feel like they’ve had equal mentorship opportunities while 59% say they’ve never had an informal interaction with a leader in their company. During the pandemic, Black and Latino communities have been disproportionately affected by the virus, while experiencing an uptick in racial violence. That tensity could increase the likelihood that women of color could face economic struggles in the long run.

Gender inequality is deeply ingrained into the economy, which relies on the idea that most families have a nuclear structure. But the aftermath demonstrates how interconnected these issues in the workforce are with other key features of our society. Many women’s ability to work is closely tied to the state of the public education system, which is currently in limbo.

In order to prevent a total upheaval of the workforce, education and childcare reform are key. Making childcare more affordable and prioritizing reopening plans for public schools can decrease the amount of time it takes for women to start seeking more employment. Stay at home parents feel less guilt when they have concrete child plans. Furthermore, “returnships” can encourage more parents to return to work. These would be transitional roles to bring employees up to date on their industries and give them leeway while they’re adjusting to a new lifestyle. Finally, industry leaders should normalize taking time off from the workforce. The primary reason why parents who may want to rejoin the workforce get deterred is that they are often looked down upon or turned away.

The mass departure of women from the workforce represents the disproportionate burden placed on them in all aspects of life. This will prevent families from accessing a second income and could increase the disparity between men and women in the domestic sphere. In order to prevent further corporate gender inequality, it may be time for Americans to redefine expectations for men and women. In order to get the U.S. out of its current disastrous economic state, the society and government should stop penalizing mothers and all stay-at-home parents by ending the stigma surrounding parental leaves of absence. 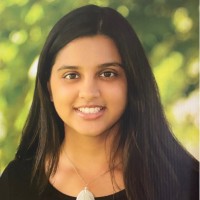 Ria is a freshman from Boston, MA who is intending to major in economics. She is passionate about educational economics and public policy. In her free time, she likes reading, hiking and listening to podcasts. Ria has never been to Berkeley but hopefully that will change in the near future.

2020-11-04
Previous Post: What you need to know about Joe Biden’s Tax Plan
Next Post: A “Happily Ever After” For Video Streaming Services?