Although it is easy to dismiss the blackouts in Texas as unfortunate effects of frigid temperatures, the causes and consequences of these events reveal the underlying issues with infrastructure management in Texas. By taking a deeper look into why the event occurred in the first place, as well as the populations that were most affected, it is clear that drastic changes need to be made in Texas in order to both prevent future electrical problems and reduce the systemic racism present in its overall societal structure.

According to the New York Times, Texas faced numerous winter storms throughout the second week of February, creating an “electricity supply crisis” which forced over 3.6 million households in the affected regions to survive for extended periods of time, at times more than a week, without heat or power. As pipes froze and burst due to the immense cold, countless homes and warming centers lost power, and ambulances failed to meet the demands of the freezing population. The frigid, stormy weather coupled with the failure of the state’s infrastructure ultimately led to at least 31 deaths as individuals were forced to survive for days without basic necessities.

To make matters worse, while Texas was battling its electricity crisis, many politicians, including the state’s senator, Ted Cruz, and governor, Greg Abbott, directed their blame for the crisis onto renewable energy. Many of these legislators claimed that the state was facing a lack of electricity due to the failure of wind and solar power. However, according to energy experts, it was found that the primary reason for the blackouts was the stalled natural gas production that occurred due to the freezing temperatures in the region. Because natural gas is the main source of power in Texas, while other sources of energy such as wind power only make up approximately seven percent of the state’s energy supply, when the pipelines froze, plants were unable to get the fuel that they needed to power homes. On the other hand, alternative energy sources, such as solar, were able to fare much more normally through the storm and continued to provide energy throughout the period of duress.

During and in the aftermath of the storms and blackouts, people of color and low-income communities were among the most affected groups within Texas. These demographics were disproportionately affected by the crisis since the weather exacerbated disparities in infrastructure and availability of resources that already existed within marginalized populations.

Black and Latinx communities, which are currently battling COVID-19 at disproportionate rates, faced a shortage of resources and assistance during the storm. Not only that, because utility companies prioritized maintaining power in downtown areas with hospitals and nursing homes, wealthier individuals who lived in these areas benefited while lower-income residents, who lived farther away, were left without power for longer periods of time.

Using previous disaster responses for these communities as precedence indicates that the situation will continue to worsen. For example, in the experience of County Commissioner Rodney Ellis, whose “district is 70% Black and Hispanic,” following Hurricane Harvey in 2017, affluent communities received more attention and aid from federal disaster funds than areas like his did.

To address the crisis, President Joe Biden issued a state of emergency in Texas and signed an executive order, authorizing the “Department of Homeland Security [and] Federal Emergency Management Agency (FEMA)” to coordinate relief efforts in all 254 Texas counties. These emergency protective efforts are directed towards mass care, sheltering, and aid for Texans, and are provided at 75 percent federal funding. However, because FEMA’s relief resources are unevenly distributed, resulting in white communities receiving higher reinvestment post-disaster, additional efforts are needed to reduce the systemic racism present within the structure of relief efforts. These additional efforts should include the creation of an oversight committee that can enforce the proper distribution of resources based on the idea that areas and demographics that are most vulnerable and affected by the disaster will receive the most aid.

Moreover, in order to ensure that similar crises do not occur again in the future, many lawmakers are calling upon the change of Texas’s electricity market. As of now, the state functions in a “capacity market,” where generators earn money by selling electricity, creating a system of high demand and scarce resources. This also inherently causes electricity prices to become extremely high as demand increases.

Additionally, because Texas currently operates on an independent electric grid that is not federally regulated, it is not as stable and affordable as other states’ infrastructure; this structure further hurts minority and low-income populations. To prevent future blackouts, it is crucial for Texas to link its grid to those of other states, increasing the total amount of reliable, affordable electricity available. 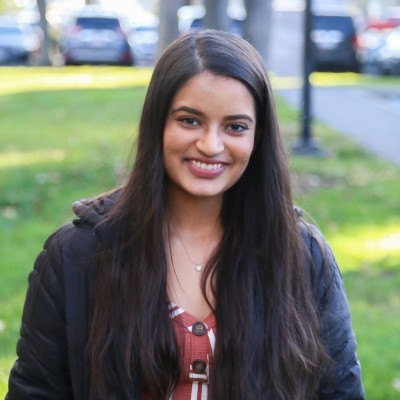 Vidushee is a freshman intending to double major in Business Administration and Data Science, with a minor in Public Policy. Her business interests include business ethics, sustainability, and the intersection of business with both the law and policy. In addition to writing for BRB, Vidushee enjoys working at NextGen Consulting at Berkeley, Capital Investments at Berkeley, the ASUC Legal Office. Outside of school, she loves to sing, shop, explore new places, and spend time with her friends.

2021-04-20
Previous Post: A Practical Guide to Buying Sustainable Fashion
Next Post: A Tale of Two Giant Firms: How to Best Compensate CEOs and Employees