The Resurgence of Electric Vehicles

Despite the common misconception that the electric vehicle (EV) is a recent innovation, EVs have been around for over a century. The first EV debuted in the U.S. in 1890, quickly gaining popularity among urban residents for being quiet and free of the pungent smell of gasoline. Although electric cars accounted for roughly a third of all vehicles in the U.S. in the early 20th century, demand quickly faded by 1930. Gas-powered cars thrived due to improved engines, performance, and cheap availability of gasoline, while EVs failed to keep up because of high battery costs, limited range, and low charging speeds. Before we knew it, electric cars became a thing of the past.

However, with the help of new regulations and subsidies, there has been a renewed interest in EVs. The American Recovery and Reinvestment Act of 2009 initiated a tax credit program for newly purchased EVs. Under the act, the Obama Administration also pledged $2.4 billion in federal grants to accelerate the manufacturing and development of EVs.  These incentives, spurred by a discourse on sustainability, have led to a race among automakers to engineer a quality EV. But how can EVs compete against gas vehicles which have consistently dominated the automotive industry? Namely, the rise in Tesla has played a great role in actualizing the future of EVs, gaining a cult following through its quality, performance, and cost, despite its early struggles.

As the gap between gas and electric continues to narrow, consumers now must consider both sides before making a decision on their next car.

Why Electric is King

There’s a misunderstanding that EVs cost much more to purchase and maintain than traditional gas vehicles. While the initial cost for EVs can range anywhere from $30,000 to $100,000, the operating costs are much cheaper than their counterpart. On average, an EV owner spends half as much on maintenance compared to owners of gas vehicles. Differences in charging compared to filling up on gasoline vary by state, but the average annual cost is roughly double in gas vehicles. Furthermore, rebates and tax incentives for EVs reduce the upfront cost drastically. Depending on your vehicle and income, you can get a tax credit as high as $7,500 from the federal EV tax credit program, along with other state and local rebates.

To put this all into perspective, the break-even point for a $41,000 Tesla Model 3 Standard Range Plus and a $27,300 Honda Civic Touring would be reached after five years of ownership, making it a smart investment.

As you save your money, don’t forget the environmental and health impacts of switching from gas to electric. All fully-electric vehicles emit zero carbon emissions and greenhouse gases, improving the air quality one car at a time. Using renewable energy sources, EV owners have the option of installing at-home chargers or participating in community solar programs. In China, electrification has significantly reduced nitrogen dioxide levels in populated areas. Current projections indicate that this decreased exposure to air pollution could save over 17,000 lives by 2030 in the cities of Beijing, Shanghai, and Guangzhou.

For those that value quality and performance, you’ll be happy to know that EVs provide faster acceleration and require less maintenance than traditional internal combustion engines. The silent acceleration and instantaneous torque make driving EVs an enjoyable experience. Now the current climate of EVs is thriving, but this is only the beginning.

The Bright Road Ahead

Thanks to a concern for environmental sustainability, EV automakers have prospered. Passenger EV sales jumped from 450,000 in 2015 to 2.1 million in 2019. Automakers’ newfound confidence in the electric auto industry allows them to adopt new corporate strategies. Automakers are accelerating their investments in EVs towards a permanent shift to electric.

Just last month, California Governor Gavin Newsom signed an executive order to ban the sale of gas vehicles by 2035. Uber promises to go fully electric by 2030. Over the next four years, Southern California Edison will install over 38,000 new chargers throughout California as part of a $436 million EV-charging infrastructure program. A strong commitment to EVs from politicians and companies promotes the transition.

Whether you’re a college student or retired, EVs will soon fit your budget. EVs will reach price parity by 2025, costing the same amount as gas vehicles, further increasing demand. Most recently, Elon Musk, CEO of Tesla, hinted at a $25,000 Tesla model. The long-awaited return of the electric car is proving beneficial to consumers, lawmakers, and the environment; but this time, it’s here to stay.

For many people, buying a vehicle is a tremendous financial decision and their first major purchase. In summary, EVs are changing the auto industry through low costs, environmental and health benefits, and high performance. With an increase in government subsidies and automaker investments in EVs, there’s a bright future ahead.

Part of being a wise consumer is weighing all your options. Choose a car based on your preferences, but consider electric before making a decision. 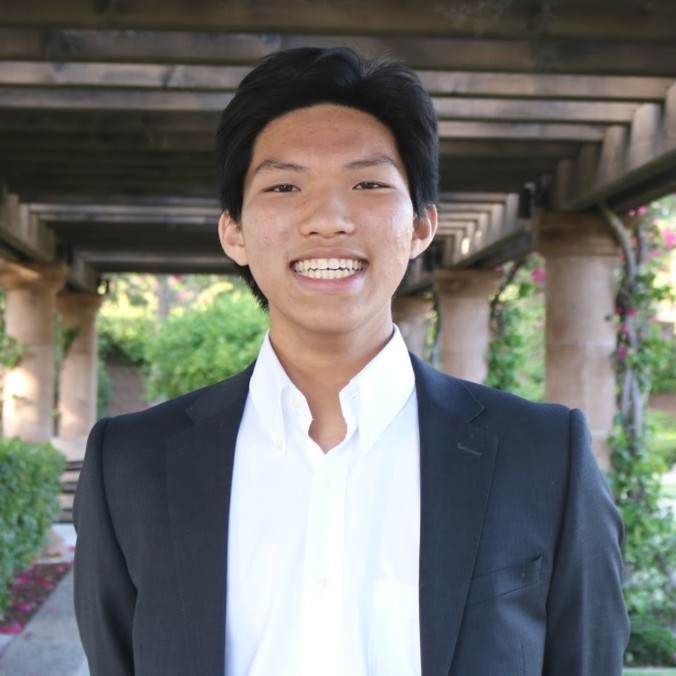 Andrew is a freshman intending to major in Business Administration and Data Science. His interests include international relations, start-ups, and wealth management. In his free time, Andrew enjoys watching the Boston Celtics, reselling sneakers, and playing fantasy football. He loves playing beach volleyball and spikeball, and knows all the great beaches SoCal offers.