The rise of the Black Lives Matter movement after George Floyd’s death in May has inspired people nationwide to support Black-owned businesses. However, months after the initial protests and widespread demand for change, we examine how the trend has evolved and whether or not the support of Black-owned businesses is here to stay.

As news of George Floyd’s death spread across the nation in late May of 2020, protests and demands for justice ignited the Black Lives Matter movement. For the next two months, black squares started to fill our social media feeds. Instagram Stories were dominated with “action items,” urging followers to donate to bail funds and support local Black-owned businesses. Unfortunately, as time passed, these posts and the voices behind them left the scene and seemingly returned to their regularly scheduled lives.

These statistics are a result of the injustices the Black population has faced within the United States. A Citigroup report explains that “the 400 years of enslavement of Black populations in the Americas has residual effects that persist to this day despite tomes of legislation providing equal access to various aspects of American life under the law.” Inequities that exist in wages, housing, and education are all factors that have continued to limit the success of Black-owned businesses.

Yet when the Black Lives Matter movement gained momentum this past June, Black-owned businesses saw a rise in sales like they never had before.

A Surge in Searches and Sales

A recent report from Yelp showed that during the height of the Black Lives Matter protests, from May 25 to July 10, there was a 7,043% increase in searches for Black-owned businesses on its platform compared to the same period last year—from approximately 35,000 to more than 2,500,000.

In early June, companies like UberEats launched new tools to allow users to easily search for Black-owned restaurants, while organizations such as Netflix pledged millions to support Black-owned businesses.

Along with this surge in interest came a boost in sales.

As online transactions surged by over 225% for Kris Christian’s small coffee business, Chicago French Press, she describes the increase in traffic to her company as a “bittersweet moment.” “On one hand, this is what we’ve been praying for. This is the support we’ve wanted for so long…But it comes after such horrible and disgraceful acts. It comes after all these Black men and women have been killed by cops.” Locally in Berkeley, Cupcakin’ Bake Shop saw a 20% jump in sales within the two weeks after Black Lives Matter protests erupted across the country.

Unfortunately, with any sudden shift in consumer spending habits comes the question of whether or not the change is here to stay.

Terrance Williams, a Black business owner and founder of Terrance Williams Designs, explains in an interview through NBC News that although his fashion business has been doing well since being promoted by influencers and receiving a surge of sales in the summer, revenue figures today have declined dramatically since July. Williams states that, “It does seem in general that the Black Lives Matter [movement] supporting small businesses was kind of a trend for some people. So they just…check off a box and say… I supported a Black-owned business; I posted a black square.”

Similarly, Google Trends also demonstrates an overall decrease in interest when it comes to supporting Black-owned businesses. For example, the Google search “Black-Owned Restaurants Near Me” reached its peak during the week of May 25. A little over four months later, as of the week of October 4, searches have decreased by 95%. Google searches for “small Black-owned businesses” have seen a consistent downward trend with a 99% decrease since May. This decline in overall interest questions the authenticity and the reasoning behind initial support at the height of Black Lives Matter protests. With enthusiasm losing momentum almost as quickly as it rose, there is reason to believe that for many consumers, supporting Black-owned businesses was nothing but an act of performative activism.

Performative Activism and the BLM Movement

Performative activism is loosely defined by when someone speaks out about a particular topic solely to show their audience that they care when, in fact, the person is more focused on creating and maintaining a positive image for themselves. It relates to the distinction between ingenuine and genuine allyship. While it is important to note that many acts of performative activism often have good intentions behind them, there is a significant difference between “meaning well” versus “doing well.” For example, solely posting a black square on your Instagram feed is an example of meaning well without accomplishing much in the way of change while donating to bail funds and lobbying legislators for reform is an example of doing well.

With the apparent decline in interest to actively support Black-owned business and to “do well” rather than “mean well” over time, it seems that most Americans have fallen into the pattern of performative activism.

Hope Within the Community

Nonetheless, Black-owned businesses that have benefited from this summer’s surge in sales remain hopeful.

Employees from the Black-owned comfort-food stop Cali Alley located in Berkeley, CA, explained that after being highlighted and featured in articles back in June, the newly opened store saw a rise in sales. While business has slowed recently, an employee enthusiastically explains that “long term, I think we will continue to see benefits. With more exposure to the public about our business, community members are beginning to understand who we are as a company—that is helping us in the long run”.

As for those of us who are simply students and may feel powerless in a situation so daunting, opportunities to support Black-owned businesses are present in our everyday lives. Although solely supporting these local restaurants and shops is not by any means the solution to decades of systemic oppression and racism, it can be a step towards creating a more welcoming and equal community.

With that said, the next time you are craving something sweet after a long day of classes, skip the boba and visit the Black-owned Cupcakin’ Bake Shop located conveniently on Telegraph Ave. When your stomach starts rumbling after walking up and down the Berkeley hills all day, make a pit-stop at the ASUC Student Union Building (aka. MLK), take the stairs down to the food court, and visit Pinky and Red’s for a juicy burger. Utilize your purchasing power and support Black-owned businesses to build a more inclusive environment within your local community. Step out from behind your screen and take action, no matter how small or large: we must not allow time to diminish the urgency of our demands for real change. 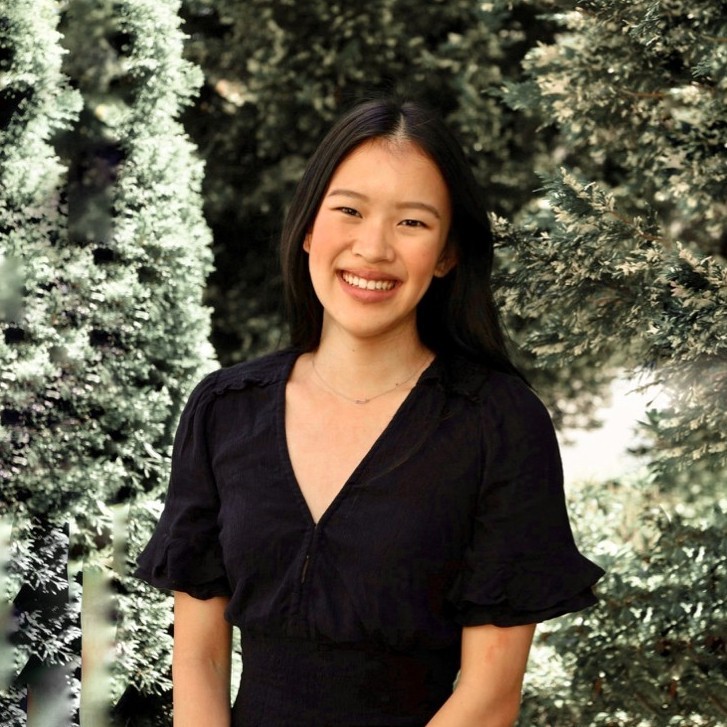 Emily is currently a sophomore intending to major in Economics and Business Administration. Her field interests include analyzing current trends within the market amongst local businesses and consumer purchasing patterns. She is also facsinated by the tech start-up industry that seems to dominate the Bay Area. In her free time, Emily enjoys portrait photography and trying new restaurants near campus.

2021-03-07
Previous Post: Does Driving an Electric Car Decarbonize the Economy?
Next Post: Autonomous Vehicles: A Beauty in Disguise?