The sports cards market is scorching hot as of late, and there is no end in sight. Amid the COVID-19 pandemic, the industry has catapulted forward, shattering previous sales records and growing a loyal consumer base. In the following article, investing columnist Robert Liu explores the world of sports cards and investigates the factors that have caused this industry to boom.

The Emergence of the Sports Card Renaissance

In 1975, the Honus Wagner T206 Card, described as being “the Mona Lisa of baseball cards,” could be purchased for just $1500. Adjusted for inflation, that’s approximately $7500. In 1995, the card was sold for $500,000. Five years later, in 2000, the card sold for $1.27 million. Most recently, in October of 2020, the card was purchased in a private sale for a whopping $3.25 million. Interestingly, this record-breaking sports card sale is not a strange or rare occurrence. Over the past several months, both modern and vintage sports cards have been shattering previous sales records and fetching millions of dollars. Even more, since the start of the COVID-19 pandemic, the sports cards market has been set ablaze, seeing a record-high demand for both new releases of unopened merchandise as well as individual cards. With collectors, investors, and sellers all scrambling to get a piece of the action, the sports cards market has never been as hectic.

Yet, the sports cards market has not always been this hot. Prior to the start of the COVID-19 pandemic, the demand for sports cards remained relatively steady. While high-end vintage sports cards, such as the Honus Wagner T206 Card, witnessed consistent year to year growth in value, unopened merchandise, such as blaster boxes of Panini NBA Hoops and cases of Donruss Panini Football cards, sat untouched in retail stores. Even more, the audience for sports cards remained low, featuring primarily hobby fanatics. However, when COVID-19 swept across the globe, many sports fans, deprived of any live sporting events, began to enter the hobby, digging out old cards they may have stowed away long ago, purchasing new card packs to rip open, and browsing sites such as Ebay to bid on individual sports cards. Boosted by celebrity endorsers like actor Mark Walberg, DJ and musician Steve Aoki, and businessman and social media influencer Gary Vaynerchuk, the sports cards market quickly amassed a large following, smashing previous sales and demand records in the process. The same boxes and cases of sports cards that sat unopened in Walmart and Target in previous years now inspired long lines of card hobbyists, desperate to get their hands on a box of cards for retail pricing. In a matter of months, the sports card renaissance had emerged.

For as long as I can remember, I have been a huge fan of sports. As such, I developed an affinity for sports cards at an early age. In elementary school, I had not only amassed a huge collection of basketball, football, and baseball cards, but also frequently swapped trading cards with my friends. I was so obsessed with sports cards that I voluntarily accompanied my mom on her weekly shopping excursions to our local Walmart in the hopes that she would buy me a pack of new sports cards. Yet, at the time, I never viewed sports cards as anything more than a mere form of entertainment. Eventually, I outgrew my sports card collection and moved on to cooler things, like girls and middle school. It was only until this past year, with the help of several close friends and fellow card enthusiasts, that I rediscovered my love for sports cards. This time, however, I recognized that the sports cards market embodied more than just a hobby. Rather, it represented a prime business opportunity.

With the roll-out of new collections came the possibility of lucrative profits. Unopened merchandise from almost every single collection sold for a minimum of double its retail price. This meant that those lucky enough to buy unopened sports card packs from local retailers could very quickly double their money by selling the items on sites such as Ebay, StockX, and OfferUp. As such, for the past few months, there have been long lines outside retail stores on rumored release or restock dates. On the few occasions that I chose to participate in these card-buying extravaganzas, I was able to directly witness the vibrant atmosphere that surrounded such events. While competition to buy sports card packs for retail pricing was undoubtedly intense, the love and passion that so many people had for sports cards was undeniable. In fact, almost always after the shelves were cleared, people swapped cards, filmed pack openings, discussed the sports cards market, and bought and sold merchandise. The strong sense of community gained from attending these events greatly overshadowed any tension that may have occurred during the card-purchasing frenzy. Witnessing these scenes in live action confirmed an underlying belief that I had previously held: the sports cards industry will only continue to grow, and the value of sports cards will only increase going forward.

Of course, I have more than just a few anecdotal experiences to support this claim. Here are four reasons why the sports card industry is trending upwards:

The last time sports cards saw this much hype was the 1980s. In fact, sports cards production peaked during this period of time due to surging demand. The same men and women who grew up buying, trading, and collecting sports cards in the 1980s are now in their 40s and 50s and have kids of their own. Due to nostalgia – a significant driver of consumer buying behavior – many parents are likely to introduce their children to the same hobby that they grew up on: sports cards. Thus, in the upcoming years, there will be an influx of fresh new consumers eager to start building their card collections.

Sports cards are no longer just a hobby. They’re a business. As discussed before, many individuals have already begun making money by buying and selling individual sports cards or unopened merchandise. Yet another business trend, known as “card investing”, has also gained significant traction as of late. Investment professionals, many of whom never considered sports cards as a viable alternative investment, have begun to invest heavily in the market, paying large amounts of money for individual cards. And for the most part, their investments have paid off, with many card indexes outperforming the S & P 500. Investment funds, consisting of tens of millions of dollars, have even been created for the purposes of card investing. One such fund is the Six Forks Kids Club, founded by Josh Luber, the co-founder of StockX, who has long stated his belief in sports cards as a valid form of alternative assets. With the arrival of institutional money, the sports cards market will not only continue to grow, but possibly even undergo a comprehensive industry transformation. In a few years, individuals could be investing in sports cards in the same way that they currently invest in cryptocurrency or real estate.

In February of 2020, a Lebron James sports card sold for more than $200,000. Yet this sports card wasn’t simply just a traditional piece of cardboard. Rather, it was an NFT (non-fungible token) highlight clip known as a “moment”, sold and distributed via NBA Topshot, a blockchain-based platform sponsored by the NBA. NBA Topshot’s success has resulted in the creation of numerous other sports-based NFTs. While it’s still too early to say how exactly the emergence of new technological creations such as blockchain technology and NFTs may affect the broader sports cards market, this phenomenon serves as an indication that the sports cards industry may be technologically revolutionized in the near future. History has shown that with technological revolutionization, typically comes significant market growth. Just take a look at what the internet did for commerce.

Don’t read this article and think that trading sports cards is a “get rich quick” scheme. In fact, it’s far from it. As prominent businessman and sports cards enthusiast Gary Vaynerchuck puts it: “just like real estate, the stock market, or anything else, there are inevitably moments when things burst in value due to supply and demand.” Given the randomness of sports and the unpredictability of consumer interest, the sports card industry will undoubtedly experience periods of fluctuation.

Nevertheless, as proven by a plethora of trends over the course of the past few months, the sports cards market is a booming industry with heaps of potential. If you are a sports fan like me, are interested in sports cards, or even just want to invest in a new type of alternative asset, it just might be in your best interest to start your own sports card collection. 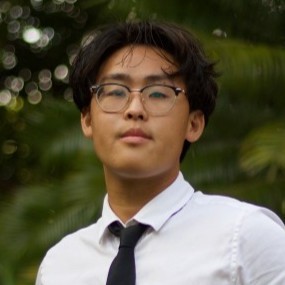 Robert is a first-year student from Mānoa, Hawaii, studying at the Haas School of Business as part of the Global Management Program. As an investing columnist, he hopes to explore emerging markets such as blockchain, cryptocurrency, trading cards, and more. In addition to investing and journalism, Robert is extremely passionate about the intersection between business and law, and hopes to one day attend law school. In his free time, Robert enjoys thrift shopping, playing beach volleyball, eating sushi, and visiting new places.