As of February 10, 2020, if you were to Google search “should I…”, the top autofill suggestion for you would be “should I buy Tesla stock.” Since the beginning of the new decade, Tesla’s stock has doubled in share price, skyrocketing from $424.50 per share on January 2, 2020 to an all-time high of $968.99 per share, an increase of 128%. There are many justifications for this sudden surge in demand for Tesla stock; however, does any permutation of such reasons warrant a $60 billion increase in market valuation, especially since Tesla is yet unprofitable?

Tesla’s unprofitability is no secret; the electric vehicle behemoth has not generated a positive annual net income since its inception. In addition, Tesla has financed its constant churn of sleek, futuristic cars and new initiatives in, no small thanks to, various forms of outside capital rather than operating income.

Judgment has been passed on Tesla by numerous professional investment managers, many of whom have deemed Tesla to be a company destined to burn to the ground under the weight of an unsustainable business model.

David Einhorn, founder of Greenlight Capital, a $2.5 billion AUM hedge fund, has publicly denounced Tesla in his fund’s quarterly letters–calling the company a “material loser”. Mr. Musk has found great joy in disproving this on Twitter. Unsurprisingly, many Tesla bears have abandoned their value theses and have jumped onto the Tesla bandwagon that, as of recently, appears to be set to accelerate on auto-pilot.

One real possibility that investors are debating is Tesla’s potential inclusion into the S&P 500. According to the index’s criteria, Tesla only needs to post two more quarters of positive earnings in order for them to qualify. Once Tesla becomes part of the index, passive index funds will begin purchasing huge volumes of the company’s stock while readjusting their tracking portfolios. Some investors are certain that Tesla’s grip on the electric vehicle market will allow them to meet the minimum requirements and be added to the index.

Regardless, answering the question concerning valuation has become increasingly difficult, as typical value drivers such as expected cash flows, risk, profitability, and growth–all indicate different values for Tesla. As such, it may be better to take steps backward and paint a strictly qualitative story around Tesla in order to understand its elusive value.

The Culture of Tesla

Not only has Tesla pioneered the frontier of electric cars, but also it has been the pacesetter for the entire automotive industry. It has made car models for a broad range of the socio-economic ladder, with its  cheapest model, the Model 3, starting at $39,990 for the standard edition, and its most expensive model, the Model X, going for $104,990 (base) for the performance variant. Beyond this, Tesla’s SUV equivalent has doors that open upwards, emulating a majestic avian creature that screams “I am the future”.

It has also appealed to the increasingly important sustainability movement, spearheading clean energy usage in its factories and products. Its construction projects are second-to-none in terms of real estate expanse, with current global developments of multiple Gigafactories underway. Just recently, Tesla has even breached the American trucking market, a space that has been dominated by Ford, Ram and Chevy.

In addition, Tesla has developed a very powerful brand image that is associated with class and technology. Its product design language speaks eloquently yet brazenly, making sure to challenge all stereotypical aesthetic molds (Google “Tesla Cybertruck”).

To top it all off, it is equipped with a charismatic leader who is unafraid to dream big and has the passion to follow through. These qualities have united to spawn a very subjective “Tesla Culture” that is difficult to value as an investor.

Not all mispricings can be financially benefited from. The current situation may be an example of one such case in which seemingly clear mispricing for a large group of constituents bears no claim on Tesla’s share performance. It is mispricing that continues to elude investors with its revolutionary business model and culture.

Given Tesla’s current unpredictability, it may be wise in letting one’s investment outlook on Tesla run on “auto-pilot” and hope that the strategy is able to see the next turn up ahead. 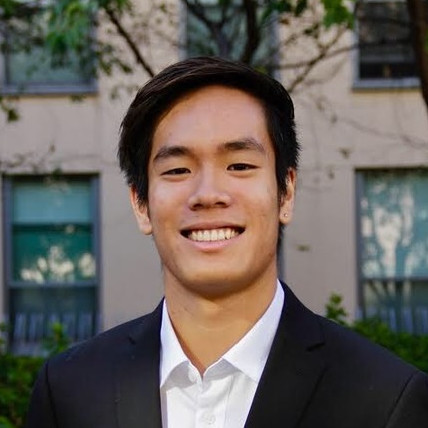 Chris is a junior studying Economics with a minor in Logic. He has been in BRB since his freshman year and has written for the investing column since the beginning. Outside of school, he currently works at a long/short hedge fund and has experience working at an asset management firm. He spends his free time reading, cooking, and playing video games. When the school re-opens, he looks forward to freely roaming between his favorite libraries of his choice and lounging at the numerous cafes on campus.

2020-02-18
Previous Post: A Crash Course in Bonds
Next Post: Street Papers: The Importance of Newspaper Vendors in an Age of Digital Journalism