As the United States attempts to build back the economy in the aftermath of  the COVID-19 pandemic, debate over raising the federal minimum wage rages in Congress. What will this measure cost us? How much will it help? We explore this and more in the following article as we make the case for why we need a $15 federal minimum wage.

Though we are barely a quarter of the way through it, 2021 is shaping up to be a politically charged year. With Democrats holding the White House and slim majorities in Congress, those on the left had renewed hope for the passage of progressive legislation. However, progress on key issues, from gun control to D.C statehood, have stalled in recent weeks. And while those are all issues worth discussing, this article explores an issue that has been swept under the rug for over a decade: the federal minimum wage.

The movement to raise the federal minimum wage to $15 per hour has been in the public eye since the early 2010s. Although cities and states around the country have done their part in moving the needle, a decisive victory at the federal level has yet to be attained. The defeat of an amendment to the COVID-19 stimulus that would have instated a gradual increase in the wage over the next four years and an unfavorable procedural ruling in the Senate have dried any hopes of progress. A more detailed account of events can be found here, but the rest of this article will be focused on the discourse and arguments surrounding the issue, in order to make a cohesive case for raising the federal minimum wage to $15 per hour.

A Numerical Defense for $15

There are numerous evidence-based quantitative reasons for our legislators to enact this much-needed hike. Seeing as this country is supposed to be a representative democracy, our first reasoning concerns the broad popular support that the $15 minimum wage enjoys. According to the Pew Research Center, 67% of Americans support this measure, a stark increase from 2016, when only 52% of voters were in support. It can be argued that many lawmakers who have opposed the hike are not only neglecting their duties to their constituents, but outright disobeying their wishes. For example, Democratic Sen. Joe Manchin of West Virginia is among the most vocal critics for the wage hike in his party despite the fact that 63% of West Virginians support a $15 minimum wage.

Moving past popular sentiment, how much can raising the minimum wage really help? Research would say quite a bit. A recent report put out by Morgan Stanley stated that instituting a $15 minimum wage could help 32 million Americans with minimal downsides. The Economic Policy Institute also states that the wage hike would most benefit low-income families, leading to reduced expenditures on welfare programs at a federal level. In addition to raising between $7 billion and $13.9 billion in FICA revenue, a $15 minimum wage would reduce spending on the earned income tax credit and child tax credit by between $6.5 billion and $20.7 billion annually, as well as reduce necessary spending on the Supplemental Nutrition Assistance Program (SNAP) by $3.3 billion to $5.4 billion each year.

Finally, the raw numbers show just how outdated the current $7.25 minimum wage model is. When adjusted for inflation, the minimum wage actually peaked in 1968 and, since then, someone earning at the minimum wage level has lost almost 10% of their purchasing power due to inflation. Going beyond inflation, cost of living increases have also decimated any notion of the current wage being a “living wage.” Reports indicate that since 2009, the federal minimum wage has remained constant while overall cost of living has increased by about 20% (in addition to inflation). After factoring in inflation, average monthly rent increased about 30% from 2009 to 2020.

When faced with the sheer magnitude of evidence in favor of a $15 minimum wage, opponents are often forced to rely on falsehoods and bad-faith arguments. Examining and dismantling these provide a more fruitful and accurate dialogue surrounding the issue.

Many of the arguments against the wage hike can be sorted into 3 main categories: unemployment, inflation, and timing. First, detractors make the argument that raising the minimum wage will increase unemployment as businesses will be forced to lay off some workers in order to increase the pay of the rest. The data would beg to differ. In a study published in The Quarterly Journal of Economics, economists studied the effects on the job markets from 1979 to 2016 following 138 state-level increases in minimum wages across the country. The study found that “the overall number of low-wage jobs remained essentially unchanged over the five years following the increase.” As such, this broad study renders this argument moot.

Next, opponents of the $15 minimum wage will try to convince others that increasing the wages will cause rampant inflation since business owners will be forced to raise prices to cover the additional payroll costs. While this is true to a certain extent, as price increases do occur in some sectors, a study by the W.E. Upjohn Institute for Employment Research found that these increases are wildly exaggerated in the media and common discourse. A separate inquiry by the University of Washington found that there was no evidence of grocery costs increasing after the 2017 wage hike in Seattle.

The final ploy used by the other side is to say that asking small businesses to magically double their wages after a difficult year of closures and economic turmoil would be unreasonable. This is a completely fair point— except no one is asking for that. The proposed increase in the minimum wage would occur gradually and only be fully realized by 2025. This provides all businesses plenty of time to adjust their operative methods (and reduces the effects of inflation). The proposal also includes tax incentives specifically earmarked for small businesses to reduce their burden for the first few years.

All in all, the concerns of the other side fall through the thin ice on which they were situated when placed under even the slightest bit of scrutiny. Not only is it ridiculous to halt progress to entertain such misguided notions, but it is downright harmful to the millions of Americans who are currently struggling to make ends meet.

The American people are sick and tired of empty platitudes from the political class that do nothing to improve their quality of life. When presented with a real opportunity, such as this, to improve the material conditions of the American working class, it is our duty to our country and its future to seize it. The time has come for us to stop letting debunked talking points form our policies. This is a battle that can wait no longer. We need to fight to raise the minimum wage because if we don’t, who will? 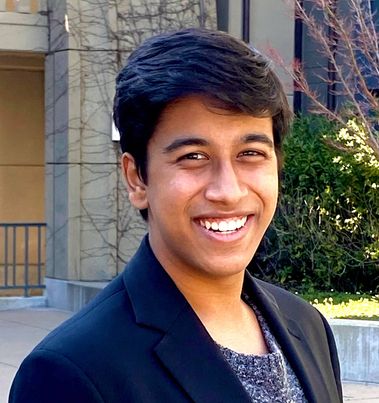 Dhruv Muralidhar is a freshman at the Haas School of Business majoring in Business Administration through the Global Management Program. He is a passionate public speaker who is interested in geopolitics and its intersection with business. His belief in the power of small businesses and community-minded approaches to improve social mobility inspired him to write for BRB’s Community column. Hoping to put his business skills to good use, he is also a member of BRB’s Financial Operations. In his spare time, Dhruv enjoys trying new cuisines and building LEGOs.