When I was in middle school, I hit a phase where I became addicted to money-earning apps, like FreeMyApps. Over the period of a few months, I had earned around $300. With that money, I probably could have bought something useful–but no, being my middle school self, I decided to spend all my hard-earned money on Clash of Clans and bought 42,000 gems (the in-game currency of Clash of Clans). It seemed like a value buy at the time–42 thousand gems sounds like quite a lot. But, within one day, I had used up all my gems.

My purchase was an example of a microtransaction. Microtransactions are purchases you make within a game after acquiring the game. For example, in Clash of Clans, you can buy gems with real money and then use this in-game currency to buy virtual goods like Elixir or Gold:

Clash of Clans isn’t the only game to utilize the strategy of converting real money into virtual currency. Many games use this technique to deflate the value of their items in the eye of the consumer. They do this by creating an extreme exchange rate for their currency which tricks the consumer into thinking that they’re buying more for less. The reality of these exchange rates are depicted in this table where I calculated the value of different currencies in some games I have:

By making consumers pay small amounts of money in exchange for vastly larger quantities of in-game currency,  consumers feel as if they are getting incredible value for what they are spending. One could claim that this exchange makes the game producers have to process less individual payments but the reality is that game developers use this exchange to disguise the value of in-game purchases. For example, in Subway Surfers, the exchange rate is wild: for $99.99, you can buy 1.2 million coins. However, to buy the character below, it would cost 95,000 coins.

It may seem that 95,000 is very little in comparison to the amount of coins you can get for your money, but in USD, Salma costs $7.92. That’s a good amount of money for a purchase that solely changes the appearance of your character. The use of coins makes it difficult for the consumer to assess the actual value of their purchase, making it easier to rope customers into buying these skins and such.

Who Does This Affect?

After reading all this, you might be thinking to yourself, “Oh shoot, I’ve spent so much money and I never even realized.” You’re not alone. In fact, in a study of 1,000 Fortnite players by LendEDU, 68.8% of participants indicated they spent money on in-game microtransactions. The average amount of money spent by those players was $84.67.  For a game that doesn’t run on a pay-to-win model, that’s a lot of people spending that much money on just aesthetics and dance moves. In a separate study by arm Treasure Data, 87% of surveyed individuals stated that they purchased downloadable content across video games that included Fortnite, League of Legends, and Pokemon Go. To further emphasize that you are not alone,  I had a friend who spent $2,000 on League of Legends over a couple months without even realizing what he had done.

Maybe you’re not one of those people who have spent money on microtransactions and you’re thinking to yourself “oh these fools. It’s so easy to not get deceived by these tricks.” Well if you’ve ever spent money buying chips at a casino before, well sorry my friend, you’ve been had. Casinos use a similar trick of switching out your money for chips so that you don’t understand the value of how much you’re betting at any given time.

How to Restrain Yourself

Returning to video games, if your spending is preventing you from paying rent/other essentials, then you have to change your spending habits. One thing you can do is when considering purchasing an in-game item, calculate it’s value in real-life currency, not in-game currency. Ask yourself whether this Pengu Featherknight Egg + Icon from League of Legends is really worth $6 instead of asking if 750 RP is worth $6.

You can also disattach your credit card to the game so you have to enter your card details every time you consider making a purchase. This gives you more time to think over your purchase so you don’t impulse purchase things. And finally, make sure your money is worth it. If Clash of Clans is a game you play 24/7 (please go do something else if this is you), then maybe those 42,000 gems are worth it. But just don’t be like me, the person who made a somewhat financially irresponsible decision and spent $300 only to quit the game a few weeks later. 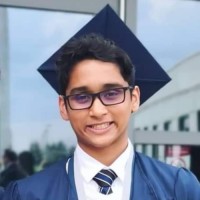 Suraj is a sophomore at UC Berkeley intending to major in Business Administration and minor in Data Science. He is excited to help BRB educate readers on different financial/economic topics relevant to their daily lives. Outside of BRB, he is involved in the Berkeley Investment Group and UC Berkeley Zahanat, a bollywood fusion dance team. In his free time, you can find him jamming out to Jay Park or Twice (or just K-Pop in general), watching the Pittsburgh Steelers, or playing League of Legends/Teamfight Tactics with his friends.