The future of streaming is highly uncertain, with a few contenders vying for dominance, and a slew of others looking to carve out a niche. Overall, Netflix appears to be in the driving seat to be the dominant player in the market, but this doesn’t necessarily justify its valuation, particularly with younger services like Disney Plus growing at astronomical rates.

It is largely accepted that streaming is the future of entertainment. In today’s convenience-driven economy, to many, streaming is simply superior to traditional television. It is difficult for television shows to get viewers to commit to waiting an entire week for a new episode when they have access to an endless stream of on-demand shows on platforms like Netflix and Disney Plus. Traditional networks like NBC, facing a decline in their popularity among millennials , have now turned to creating their own streaming platforms. As upstart services like NBC’s Peacock and Disney Plus compete against the behemoth of the space, Netflix, the streaming market is looking less and less like the monopoly it once was. In the face of all this uncertainty, can investors in streaming companies make confident, informed, and responsible decisions?

We’ll first discuss Netflix. As the largest streaming company in the world and the only large streaming service to exist as a stand-alone entity, rather than an arm of a massive conglomerate, this makes Netflix far simpler to analyze. Netflix’s position today as the dominant player in the streaming industry is the result of two decades of pioneering new trends ahead of far stronger competitors. By being the first to mail DVDs and the first to create a major streaming site, Netflix managed to defeat behemoths like Blockbuster and capture the lion’s share of the streaming market through its first mover advantage. Netflix’s excellent leadership has understandably made investors willing to pay a premium for its shares, but at a P/E of 80 and a P/S of 10, with looming competition from Disney Plus and others, is its current valuation justified?

An important consideration in assessing Netflix’s valuation is that not all costs are created equal. It seems that the vast majority of Netflix’s costs must be fixed; they have a set amount of content that they produce and adding one more customer does not seem to mean that  Netflix needs to produce more shows. This is good, because then Netflix’s revenue growth would be translated almost entirely into profit growth, since the new customers they add would result in almost pure profit. Both Netflix’s revenue and its margins would grow. However, this only holds true if the average customer that Netflix adds is the same as the average customer Netflix already has. If this is true, then the set amount of content that Netflix is already producing for its existing customers should satisfy the customers they add. Additionally, while about 40% of Netflix’s customers are domestic, international customers accounted for 93% of Netflix’s growth in its second quarter growth. Because these international customers come from such different backgrounds, Netflix will need to create new shows catered to their tastes, so the average customer Netflix adds will increase its costs significantly. Although many forecasters and Yahoo! Finance message board writers may be thrilled at Netflix’s international growth and tout international growth as superior to domestic growth, in the short-run, it would actually be far better if Netflix’s growth was primarily domestic. Because its margins are unlikely to change much, Netflix must produce far more growth in international markets than it would need to in domestic markets to justify its valuation.

The Future of Streaming: Premium Alternatives

The greatest item of concern for Netflix, however, is undoubtedly the growing competition in the premium streaming space that it once monopolized. Today, customers have a myriad of alternative paid streaming choices, from Disney Plus to HBO (along with a slew of international streaming sites like Hotstar). Because of its iconic brand, Disney’s services are the most concerning for Netflix, and I believe they are the only company that has the potential to fully usurp Netflix’s dominance in the short term. This is because Netflix has become an iconic company with an entrenched user base, and replacing it will require another extremely iconic brand. If Disney Plus expands to contain more well-rounded options from other creators, in conjunction with its unbelievably loyal fan base (and parents desperate for a moment’s peace), it has a real chance to become the new center of the space. HBO to an extent emulates some of these features of Disney Plus, but its subscriber base is not as loyal (there are no mile-long lines to go on the “Game of Thrones” ride) and it’s unclear that its blue-chip telecom parent company, AT&T, is sufficiently invested to front an extremely expensive campaign to put HBO at the top.

The main piece of good news for Netflix regarding its premium competition is that for now, it is unclear that its users are cancelling their subscriptions to go with other paid choices. It seems likely that the future will be littered with paid streaming websites, but they are likely to be auxiliary services to Netflix. In other words, it seems likely that Netflix will continue to be the central streaming site that “everyone” uses and while some others may grow, they will do so as supplements to Netflix rather than as true competitors. Relevant data on these subjects is obviously jealously guarded by the corporations, but, as an admittedly highly biased sample, consider how many people you know who have Hulu but not Netflix.

The Future of Streaming: Free Streaming

There are also a number of free streaming services, like NBC’s Peacock and Crackle, that monetize their platforms through ads. These sites are likely to dampen overall demand for premium streaming, as they are sufficient for many users without the means to pay for Disney Plus and Netflix. Indeed, Netflix’s most-watched show, The Office, will soon be departing its service for Peacock; as an increasing number of shows leave their platforms in a new fractured streaming space, Netflix and Hulu may seem less and less like a necessity for several consumers. These headwinds are echoed by Netflix’s decision to increasingly pursue original content development, which now constitutes about 80% of its overall budget.

The streaming market is currently extremely fluid, as a number of players can rise to take sizable shares of the space or even displace Netflix as the undisputed king of streaming. I think that Netflix is best positioned in the premium market, though Disney Plus is getting stronger by the day and free streaming options are on the rise. Of course, when investing, a company’s strategic positioning is only one component of an investing determination: we still must determine if a company is fairly valued given its current state. In this article, it is difficult to discuss this regarding any company other than Netflix, since it is the sole major company whose primary source of revenue is streaming.

Overall, I think Netflix is somewhat overvalued. Although it is more than possible that in the coming years, Netflix will grow to the moon, a P/E of 80 seems far too optimistic, and Netflix will need a lot of things to go right to justify its current valuation, not the least of which is falling into the big company trap of overemphasizing profits over consumer experience, just like Blockbuster. Regardless, I certainly wouldn’t bet against it. One look at Netflix’s historical chart, in conjunction with the knowledge that at each of those times, there was a large contingent of analysts railing at Netflix’s valuation and even predicting its doom, is enough to convince me that it’s a bad idea to bet against Netflix’s dynamic founder and CEO, Reed Hastings. 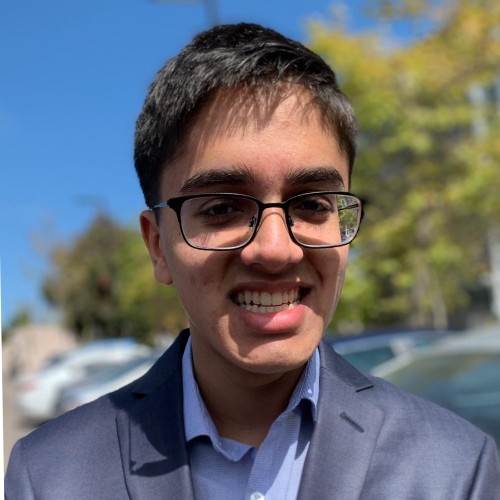