The Best Falafel in Town

It’s seven o’clock on Monday morning and Sunrise Deli owner, Mohammad has just risen from a delightful slumber. He hastily dresses and rushes out the door; the best falafel in town isn’t going to make itself.

Sunrise Deli first opened its doors in the San Francisco Sunset District. Soon after its rich spices, ripe olives, and fresh meat tantalized the population of San Francisco, the deli decided to bring its prowess to Berkeley. Since nestling along Bancroft, The Deli has seen a considerable amount of owners, each with their own vision of what Sunrise should be. Eight short months ago, the current owner, Mohammad decided to take a risk and buy the Deli. Despite owning the business for an abridged period, he’s on a mission to emphasize culture, ethics, and hustle.

At first glance, Mohammad appears to be your average, down to earth guy. He sports a casual T-shirt and a smile that screams “easy-going.” As we began chatting, I noticed a distinct accent and decided to ask him where he was from. Eagerly, he responded, “I’m originally from Palestine. I moved over here when I was 24.” When I asked him why he moved he said, “The same reason I think most people move. I wanted a better life for myself.” He chronicled his transition to the United States as less than easy. “I’m not going to lie, it was difficult. I had to hustle ten times harder than anyone else. I came here and had to learn a whole new language and culture and then I had to think about getting my degree.” Not only did Mohammad go on to earn a degree in economics, but he also decided to stay in the bay area despite the exorbitant living costs. He attributes this decision to his adoration of the bay, describing it as “refreshing.” You can hear the passion in his voice as he states, “ I love it here. Everyone is so determined. Everyone knows what they want and they work hard to get it. I think that has something to do with Silicon Valley being here.” It soon became clear that Silicon Valley holds a particularly special place in his heart. After acquiring his degree in economics, he landed a job with Uber, and later Charles Schwab.

So Why Purchase Sunrise Deli?

This man moved to an entirely new country with virtually no support, earned his degree in economics and then gained employment at some of the most successful businesses in the world. He beat the odds, achieving more than many who had exponentially easier circumstances. So why push his luck and buy this little Deli? For Mohammad, it all boiled down to one thing, “No risk, no return.”

Small business owners already face a few inherent disadvantages: lack of purchasing power, efficiency, smaller budgets, higher costs, etc. However, being in Berkeley proves to spawn a few specific challenges; “If you go a block or two east rent is so much less. The proximity to campus makes the rent absolutely crazy.” I went on to ask him if he saw a correlation between sales and his location and he said, “Not really, or at least not yet, but it goes back to the same thing, no risk, no return.” Comparing potential risk to potential return is a critical component of a business’ overall success. Choosing to take a higher risk insinuates that there must be something to mitigate the possibility of failure, which often is a competitive edge.

When I asked Mohammad what he believed sets his deli apart, he acknowledged that “Everything we use here is completely fresh,” but quickly realized that this is Berkeley, and most places try to source fresh ingredients. After pausing and collecting his thoughts, he finally said, “ I think what I do differently is I try to work with people. I never want to exclude students or anyone from the food here. If someone really can’t pay for something, I work with them on it. I want this to be a place for everyone.” Mohammad’s thoughts surrounding inclusion largely came from his time in Palestine; “Where I came from there was so much conflict between Jewish people and Arab people, which was really hard to see because Jewish and Arabic cultures share so much of the same food. Here I get so much joy from seeing people come together no matter their background. There is so much culture here.” In a world where so many businesses are laser-focused on generating as much revenue as possible, it’s refreshing to see a restaurant that emphasizes community and ethics.

After finishing my falafel, it was time to say goodbye to Mohammad. It was evident that I enjoyed my food, and as I was leaving I heard him shout, “Now you know there’s a reason it’s called the best falafel in town!” I can attest to that: it really is a fantastic falafel. 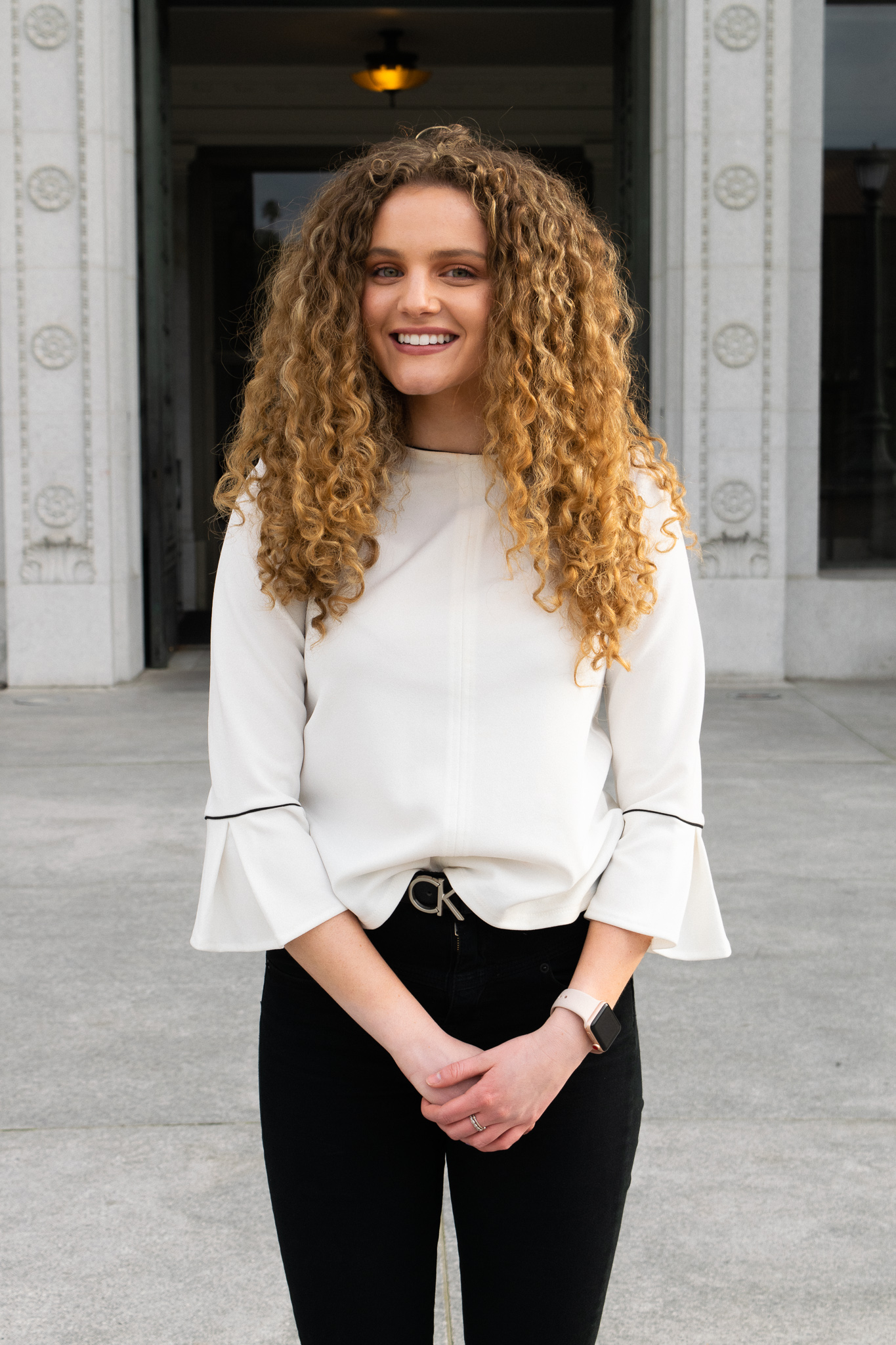 Sam is a Freshman intending to major in Political Economy and minor in Data Science. In high school, she was deeply involved in her community and hopes to continue that at Berkeley. Through the Community Column, Sam hopes she can provide interesting, compelling stories that bring economic and financial concepts to life. She hopes to show others how impactful business fundamentals are to the community. When not writing for BRB, Sam can be found jogging around Berkeley or rewatching The Office (Dwight’s her favorite).