Playing the Game: Investing in eSports

The BRB Bottomline: 99,600,000. That’s how many unique viewers tuned in to the 2018 League of Legends eSports Finals, a viewership on par with the Super Bowl. With the advent of video game live streaming platforms like Twitch and YouTube Gaming, a rapidly developing culture centered around competitive video games challenges the age-old status quo of the sporting world and creates new opportunities for investors and entrepreneurs.

The sports industry has always had a strong value proposition—consumer loyalty is among the highest of any industry. The demand for tickets creates waiting lines that can last years, and exciting athletes shake up the landscape consistently. In addition, apparel brands and performance enhancers have attained monumental success by piggy-backing off the fame of superstar athletes. The Jordan Brand alone, which is sponsored by the (greatest) professional basketball player Michael Jordan, has earned Nike billions of dollars since the specialty brand’s inception.

However, in recent years, a new industry that draws its roots from competitive sports has emerged and become a powerhouse of entertainment. eSports, or competitive video gaming, has an estimated value of $138 billion (2018) and is currently the fastest growing entertainment industry. With millions of regular viewers and multiple industries benefiting from eSports’ stratospheric rise, this article takes a deeper look into why numerous financial sponsors, brands and sports teams like the Golden State Warriors and the Cleveland Cavaliers, are investing large amounts of capital into video games.. 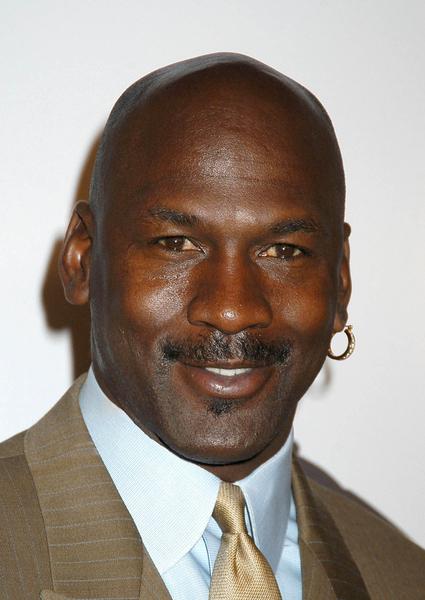 The success of eSports can be attributed to drivers similar to that of the traditional sporting industry. Professional player development, dramatic team dynamics, and seat-gripping tournaments lend to the excitement of eSports and explain why it has a larger fanbase than even the National Hockey League (NHL). As such, it is not surprising that the National Basketball Association (NBA) has taken steps toward capitalizing on the rising industry. In 2018, the NBA partnered with Take Two Interactive (NASDAQ: TTWO), the label holder for game developers including 2K and Rockstar Games, to launch the NBA 2K League—a professional eSports league centered around the NBA 2K basketball video games. This new video game league is projected to reach revenues of $1.1 billion in 2019, with year-over-year growth of 26.7%.

Similarly, NBA franchises, such as the Golden State Warriors and the Los Angeles Lakers, have invested in their own 2K teams, forming the Warrior Gaming Squad and Lakers Gaming respectively. Games in the 2K League are broadcasted online, supported by advertising, and held in-person for which tickets are purchased in the same manner as traditional sporting events. In addition, 2K teams also earn additional revenue by selling team-related merchandise, just like in the physical sports industry.

Surprisingly, the 2K League is not even the most profitable eSports competitive league. League of Legends, a multiplayer online battlefield arena (MOBA) game released in 2009 and developed by Riot Games, a subsidiary now under Chinese conglomerate Tencent, has amassed a monthly player base of 67 million people and, until recently, operated the highest grossing competitive eSports league (the top spot has since been taken by Fortnite). In 2018 alone, League of Legends earned top-line revenues of $1.4 billion, which is down from its peak of $2.1 billion in 2017. This single game has multiple nation-based competitive leagues, including the LCS for North America, the LCK for South Korea, and the LCL for China.

Streaming Platforms: The Benefactors of eSports

"I’m a consumer of all kinds. But [eSports] media is a whole new segment that is very exciting” 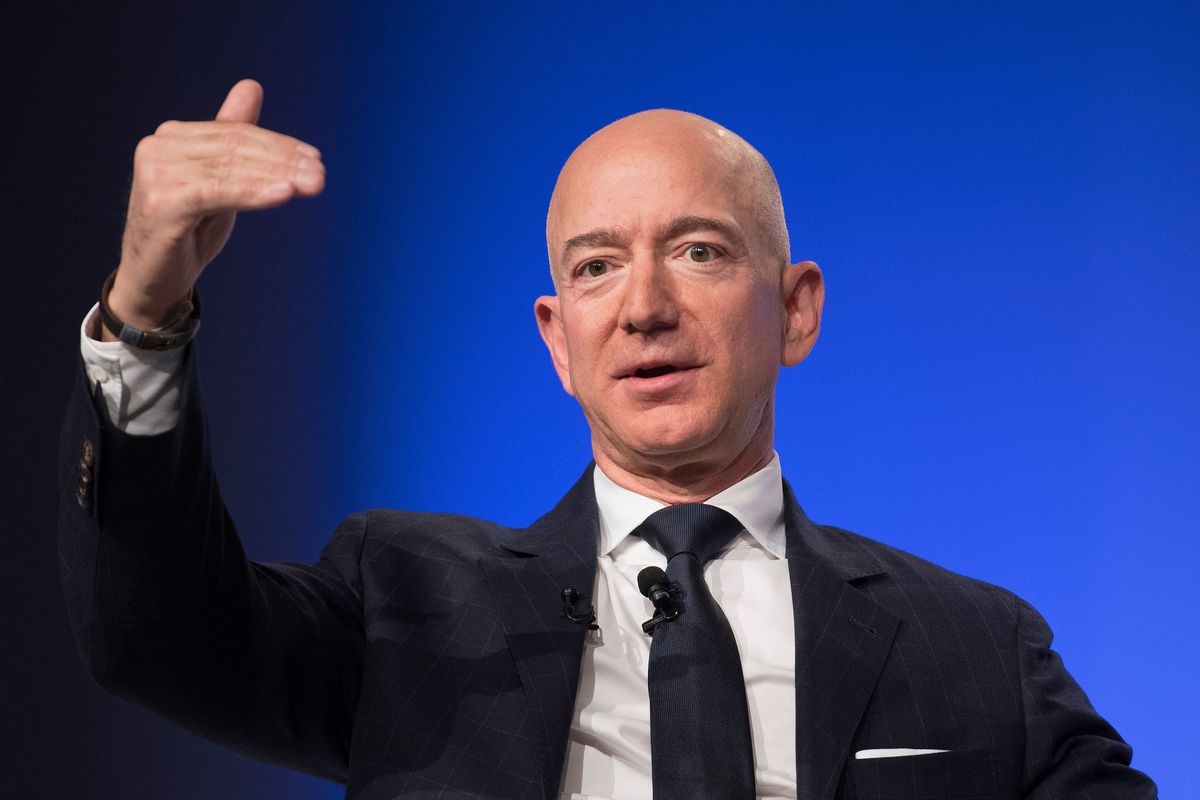 In recent years, the transition from TV broadcasting to streaming media has been rapid. The tremendous success of streaming platforms can be attributed to the efficient facilitation of a product-to-person delivery system, which results in higher consumer satisfaction. Typing in the title of the latest streaming craze into Google generates instantaneous search results that link entertainment seekers to low-cost subscription or free-to-use streaming platforms (i.e. YouTube, Netflix, Hulu). This wide availability of content has slowly made America’s pastime of flicking through TV channels irrelevant. eSports is one of the many media outlets that has been blessed by tremendous viewership exposure, thanks to this shift in entertainment media.

Companies such as Twitch, Smashcast, and Afreeca TV (KOSDAQ: 067160) have enabled both professional and casual eSport tournaments to garner online audiences rivaling other sporting championships. Because of these platforms, global eSports viewership is projected to grow to 453.8 million worldwide in 2019, implying a year-over-year growth of 15%.

In addition, gaming celebrities and icons have been born from streaming live gameplays on these platforms, which have further popularized eSports. Former professional Halo player and now full-time Fortnite streamer, Richard “Ninja” Blevins is one such icon that has elevated eSports into the classic realm of industries like fashion and cosmetics, which have long profited from the social influence of celebrities. Companies including Red Bull, Uber, and NZXT have even invested in an advertising partnership with Blevins. Other industries are following suit, making video game streamers a hot commodity for advertisers.

The most popular of the video game streaming platforms, Twitch, records higher peak broadband traffic than Facebook and Hulu. It’s no surprise, therefore, that in August 2014, Amazon (NASDAQ: AMZN) acquired Twitch for $970 million as part of their play to establish market share in the new age of streaming dominance. Google (NASDAQ: GOOGL) has taken similar actions by launching its own initiative, YouTube Gaming.

Competition for eSports streaming traffic will continue to increase especially with the consolidation of platforms (e.g. Hitbox and Azubu becoming Smashcast.tv) and the addition of eSports to general streaming platforms like IBM’s (NYSE: IBM) UStream. Intensifying competition is likely to result in increased funding for the eSports streaming industry, capital which can be poured into a number of initiatives such as improving advertising strategies, data collection, and streaming quality.

The Disruptive Effect of Video Games: A Praise and Defense

The popularity of video games has left a bad aftertaste for some, especially adults who are upset by the idea that younger generations are wasting their time on meaningless pursuits of virtual entertainment. Critics are quick to accuse video games as a boiling pot of sloth, addiction, and violence, and eSports as an unnecessary idolization of a malign influence.

However, the fear of video games and eSports is, in part, due to a misunderstanding of a modern movement that is disrupting multiple industries as we know them.

eSports is already a signal that the traditional sporting paradigm is due for major changes. If we were to analyze the cultural impacts of basketball, public facilities like park courts and indoor gyms are visually existent in a majority of cities worldwide. The question is, will eSports have similar global effects as basketball? The fans of eSports will certainly argue so. It is easy to imagine the emergence of public gaming facilities and schools for competitive gaming in local communities.

eSports is also disrupting the way we consume media by popularizing streaming platforms. This has already proven to be a treasure chest of opportunities for companies looking to align their brands with teen and young adult audiences, which can be seen by the rapid rise in player sponsorships and tournament advertisements. On top of that, the possibility of a career in gaming has now become a reality thanks to this popularization.

The profit opportunity for advertisers, game developers, and streamers is creating a lively ecosystem where what was once considered a waste of time can now be considered legitimate business. For viewers, every match offers a different experience—no game is exactly the same as the previous. As such, watching how professional teams critically and creatively solve problems presents a whole new way of stimulating engaged learning.

I may be biased in my defense of video games but only because I, like millions of others, have fond childhood memories spending hours strategizing moves in role playing games, battling on ancient battlefields as a mystical beast, or building cities in virtual sandbox worlds. Nevertheless, video games and eSports have certainly created a world of investment opportunities upon which investors should keep a close eye. The disruption of sports and sports viewership by eSports presents an even graver question—which industry will be disrupted next by technology?

The growing enthusiasm around eSports has caused a plethora of financial and entrepreneurial opportunities that warrant further investigation. Video games can no longer be cast off as merely juvenile distractions. eSports has the potential to cause a cultural revolution rivalling that of basketball or football, and you can be sure companies and regulators are on the prowl to see where they can get in front of the industry’s rapid development.

2019-09-27
Previous Post: Climate Change and Inequality: A Vicious Cycle
Next Post: Is Big Data Really that Big a Deal?