Mastering the Art of KICK-starter

BRB Bottomline: UC Berkeley has been praised for the immense start-up culture it fosters and develops among its students. Crowdfunding can play a pivotal role in helping finance up-and-coming businesses without the high barriers of entry that typical start-ups face. Here’s an in-depth guide on what to know when looking into crowdfunding on Kickstarter, with examples from local businesses that succeeded through Kickstarter’s help.

Kickstarter is an American public-benefit crowdfunding platform that focuses on creative projects ranging from art and music, to technology and film. Since its creation, Kickstarter has raised $1.9 billion in pledges for its 257,000 creative projects and was rated the number one crowdfunding platform in 2018 by GoDaddy.com! The World Bank estimates that crowdfunding’s market potential by 2025 will be around $90-$96 billion per year, 1.8 times the market potential for global venture capital investments.

The idea is simple: you propose a project idea on Kickstarter and supporters can donate money to your cause. Funding for Kickstarter is an all-or-nothing ordeal meaning that if your campaign doesn’t hit your goal, the money is returned to the donors. If your goal is reached, Kickstarter charges a 5% fee on the funds collected.

While there are plenty of success stories from Kickstarter campaigns, actually hitting your target can be much harder than it may seem. Statistics show that the success rate (reaching the target funds by the set date) of Kickstarter projects is only 36.4%. For projects looking to raise over $100,000, it drops to a dismal 1%. Additionally, these statistics fluctuate for different industries with some showing higher promise than others (see Exhibit 1).

With this in mind, this article is here to help you overcome these dull numbers and guide you to the best chance for success. To begin, let’s analyze two companies that successfully started their businesses through Kickstarter.

For Keung, Kickstarter played a crucial role by providing a platform on which many of his fans could congregate and show their support for the business. Without such platform, he said, “it would have been hard to reach broader audiences while raising publicity and hype for the product.”

A tactic that Keung employed to draw in more customers was tier awards. Tier awards are Kickstarters way of incentivising donations by offering rewards for specific donation milestones. The tier awards ranged from $25, which gave donors branded playing cards, all the way to $10,000, which was rewarded with a pop-up Labobatory in the donor’s hometown. Labobatory’s two biggest backers were acquired through tier awards, both wanting a Labobatory in their respective areas. It’s a simple psychological tactic of “you help me, I help you,” and people tend to love it. Additionally, this physical reward gives supporters added belief in the legitimacy and integrity of the company.

Keung also contacted popular media outlets such as Buzzfeed. Buzzfeed’s video on his company Boba 7 gained over a million views with subsequent product inquiries and a popular public image for his crowd to follow.

Peter Lee, a recent graduate of UC Berkeley, and his team started COBA coffee bars off Kickstarter. COBA’s bars look like regular chocolate but are actually made from coffee beans. Lee’s team found that if coffee beans were ground for an extended period of time, the resulting substance could be processed the same way cacao beans were for chocolate. Thus, birthed COBA coffee bars. His initial campaign of $10,000 was hit in just seven days with the first batch of coffee bars expected to be sent out in December of this year.

Lee’s approach was very grassroots in nature. He explained that his biggest backers were his friends and families. Before opening his campaign, Lee and his team each direct messaged over 800 of their friends with personalized pleas. “It took me hours but I DMed every single one of my friends with a catered message asking for their support,” Lee said. It may seem trivial, but Lee stressed the importance of having a good relationship with those around you saying, “You need to be nice and likable, that way people will support and trust you.”

Lee also had help from the popular media source, NOWTHIS, with their video on Facebook reaching 270,000 views and over 1000 shares. The result was hundreds of business inquiries, supporter comments, and more donations.

Another important part of the campaign was the company’s professional product video. “It’s how they get to know your product, and it has to be good,” Lee said. Kickstarter gives companies huge exposure and if your marketing isn’t professional it doesn’t leave the best impression on the customers. The COBA team asked their friend, a cinematography student, to help produce a film campaign. Though it took numerous takes and retakes, Lee credited much of his success to its quality. Lee mentioned that many Kickstarters use professional marketing firms, sacrificing start-up funds for quality media exposure.

Now that we have analyzed some success stories, here is a list of things NOT to do when starting your Kickstarter campaign.

There’s no turning back from the moment you press that button and send your campaign live. How can you be sure that your product, on its first run through the public, will be a hit? Amazon Mechanical Turk, a crowdsourcing internet marketplace, allows businesses to connect to a live network of people willing to perform Human Intelligence Tasks for a certain fee. These tasks include rating your best products, writing product descriptions, or giving product feedback. Startups can utilize this network, with a cost as low as $.50 per evaluation, to screen their initial product like a rough draft of an essay, and tweek the small hiccups that weren’t apparent before.

Don't Get Ahead of Yourself!

BE HUMBLE yet confident. In a study done by INSEAD students in Singapore, companies that claimed their product was innovative reduced overall pledges by an average of 26%. The study also showed that entrepreneurs tend to be overconfident about their products, which resulted in higher customer skepticism.

Don't Set Your Campaign Too High!

At the end of the day, it all comes down to what your supporters are willing to pay. Don’t set an absurdly high price target in hopes that novelty and enthusiasm will cover it. Remember that you must raise your full crowdfunding goal to receive the money from Kickstarter. Again, use tools such as Amazon Mechanical Turk to determine the optimal value that your supporters see for your product.

Don't Be Ambiguous About Your Product!

Be as clear as possible with what you are giving to the public. Focus on specific product attributes such as color, size, functionality, components, and features that can paint a picture for your customers of what they are actually buying into. Offer testimonials or product prototypes to show that a positive experience can be constantly replicated among consumers.

Lastly, be clear with who your customers are dealing with. Show who you are and why you are qualified to lead this venture. Constantly engage yourself with the community and show that you have what it takes to succeed.

To close out the interviews for both Labobatory and COBA, I asked for some final words of advice for anyone looking to start crowdfunding. Here were their answers.

Labobatory: “Your product needs to be compelling and you need to be honest and open,” said Keung. He emphasized that raising money on Kickstarter was a form of donation, and thus he felt obligated to succeed for his supporters. Donors from Kickstarter support causes with the expectation that your product and promises will be returned back to them. Successful platforms need to show genuineness in their actions.

COBA: “You have to really ask yourself whether or not you are committed to this. No matter where you are in life, the customers become your priority. Ask yourself whether you really love what you’re doing and are willing to give up your academic grades and spare time,” said Lee.

Now that you have a better understanding of how Kickstarter works, it’s off to the planning books. If your campaign lasts for a month, plan at least three months in advance. Be vigilant with your campaign and adapt when necessary. Make sure you are genuine with your supporters; show them the true greatness that they are buying into. And, finally, get out of your comfort zone. It’s important to believe in what you’ve created, while staying humble and noting your boundaries. 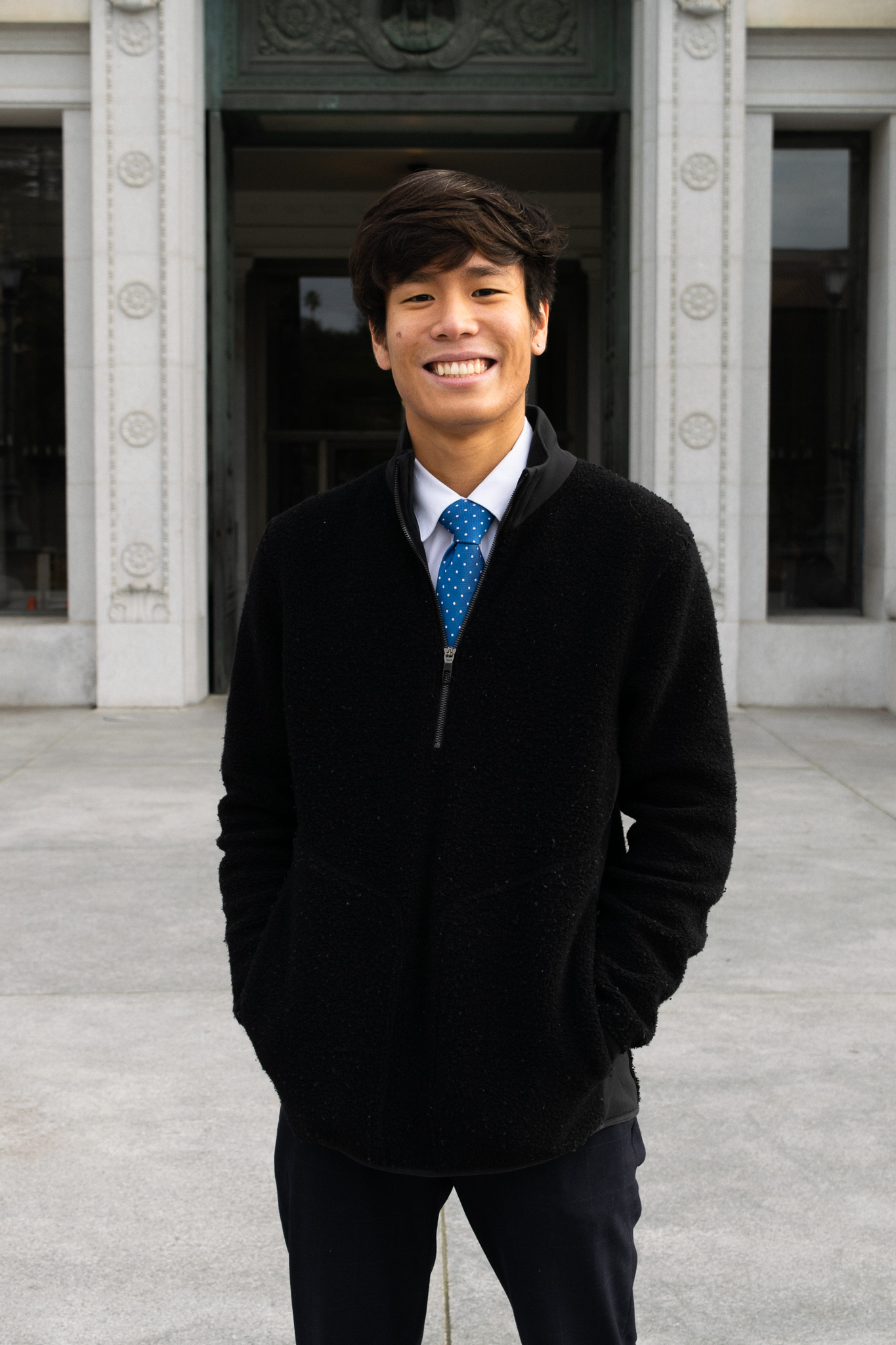 Will is a junior majoring in Economics with a minor in data sciece. He was the 2019 – 2020 President and has been in BRB since his first semester at Cal and first joined as part of the community column. Besides BRB, Will is part of Berkeley Investment Group and works for the Berkeley Endowment Management Company (investing is an integral part of his life!). In his free time, Will can be found engaging in long zoom conversations and excessively spending money on boba.

2019-04-21
Previous Post: How Starving Artists Gentrify the Very Places They Now Can’t Afford
Next Post: The Power of Nonprofits