Wealth, Poverty and Kindergarten: The Impact of Early Childhood Education

BRB Bottomline: If you had to rank different periods of childhood education according to importance, which level would you guess is the most formative? High school was certainly the hardest. Maybe, middle school if you got shoved into lockers. Odds are, Kindergarten didn’t even make the list. Turns out, the quality of your Kindergarten and Preschool teachers has far-reaching impacts, not just on where you end up going to college and your eventual salary but also your long-run quality of life, making it possibly the most formative phase in a child’s education.

The Student Teacher Achievement Ratio (STAR) was a four-year-long study conducted in Tennessee in the 1980s by the State Education Department to ascertain the impacts of childhood education (from kindergarten to third-grade) on children. In 1996, a tenth-grade follow-up study was conducted to observe the same participants’ high-school performance. If you’re interested in looking at the data, it’s available here.

The test was a Randomized Controlled Experiment—the 11,571 students and their teachers were randomly assigned to treatment and control classrooms to reduce the impact of confounding variables, external variables that might wrongly suggest a correlation between two uncorrelated variables. Specifically, the researchers were worried that the independent variable (in this case, quality of KG education) and the dependent variable (any impact on future quality of life) might be compromised by uncontrolled variables, such as diet, parents’ schooling, and a whole host of other factors. This randomized nature is what allows researchers to use this data and establish causal relationships between the two variables being measured.

In 2011, six professors (including UC Berkeley’s Emmanuel Saez and Danny Yagan) evaluated the long-term-impact (defined here as a period of 20 years) of Project STAR by linking participant data from the study to administrative records, allowing them to follow 95% of participants as they journeyed into adulthood. Their study was centered around one question: does a more-stimulating, learning-conducive classroom atmosphere (i.e. smaller classes, more experienced teachers, etc.) cause similar longer-term improvements in adult outcomes, determined by college enrollment, salary, and home ownership, among others?

The researchers found that kindergarten (KG) test scores were highly predictive of earnings twenty years later. A 1%-point increase in KG standardized test scores was associated with a $132 increase in earnings. Moreover, KG test scores are great estimators of not just college attendance rates but also college quality, (measured by a post-college earnings index) as shown by the diagrams below.

The study found  a correlation between KG test scores and five major measurable adult outcomes for the participants in the STAR treatment group, namely home ownership (ever owning a house by 2007), 401(k) savings by 2007, living in higher SES (Socio-Economic Status) neighborhoods, and number of years lived outside of Tennessee, as shown by their ZIP codes. These values were standardized, combined and sorted into a summary index. They found that students with higher early-education test scores were likely to have more robust adult outcomes as measured by the index.

As one can see, there is a very strong link between KG test scores and quality of life in early adulthood. A full table of their analysis of every individual dependent variable (each adult outcome) is shown on page 24 of their paper.

Decomposing the True Reason For Higher Quality of Living

Test scores are only one part of the education experience, hence, the obvious follow-up: are there any other classroom qualities that affect the aforementioned adult outcomes? According to the paper, there are two integral characteristics of a classroom that determine a child’s future success— classroom size and teachers.

Classroom Size: The study found that students who were assigned to 33% smaller-sized classrooms for two or more years out of the four years measured scored 4.8 percentile points higher in tests. They were also 1.6% more likely to attend college at some point before the age of 27 and earned an estimated $109 more per year as a direct result. Classroom size also had positive effects on the other adult outcomes, but the results are not significant enough to be individually quantified.

The study also found that students who were taught by teachers with more than 10 years of experience had better test scores in kindergarten and earned almost $1,000 more than their counterparts! While the results are impressive and certainly bode well for policy measures and organizations like Teach for America that focus on placing experienced teachers in struggling areas, it doesn’t completely imply that higher teaching experience results in these outcomes. Experience can’t be randomly assigned and other intrinsic factors might be at play. It could be that more-experienced teachers are simply more passionate about teaching, but “passion” is a hard metric to isolate and calculate.

However, the researchers note that improving Kindergarten education—or anything for that matter—is a panacea. The data showed that while students who were assigned to higher quality K-3 classrooms earned more, saved more and were more likely to attend college, they only slightly beat out other kids in standardized testing. The higher KG-score group scored just 0.7% higher in future standardized test scores compared to the control group! What does this mean for policy makers and college admissions officers? Evaluating future employees or education-related policy measures based on standardized test scores can sometimes lead to improper conclusions.

The 2011 paper is not the only one that brings forward these inferences. Several studies conducted over the years (some of which can be found here and here) corroborate the results obtained by the six professors. We can objectively conclude that children and society benefit from higher-quality early education.

Unfortunately, this means that unequal access to early education becomes a means of propagating economic inequality. Only 55% of America’s three and four-year-old kids are formally schooled, meaning 45% of students are left behind, which impedes not only their growth but also growth in social capacity.

The U.S. spends an average of only $1,350 per-child on early childhood education, putting it in the bottom five amongst all developed countries, according to the OECD (Organization for Economic Cooperation and Development). With rising tuition costs and meager state funding, low-income parents have no choice but to neglect their children’s education. “Cradle to Kindergarten,” a book released early last year gives a holistic view of this ballooning gap between rich and poor kids and how this perpetuates socioeconomic divides into adulthood.

Early childhood education is really, really—I can’t stress this enough—important both in the short and long run. There’s an ever-increasing body of research that highlights its significant effects on improving quality of life and in erasing hereditary poverty. However, abysmal enrollment rates, skyrocketing education costs and lack of funding mean that the current scenario in the U.S. is alarming, to the say the least; and it’s time people started taking notice and working towards change. 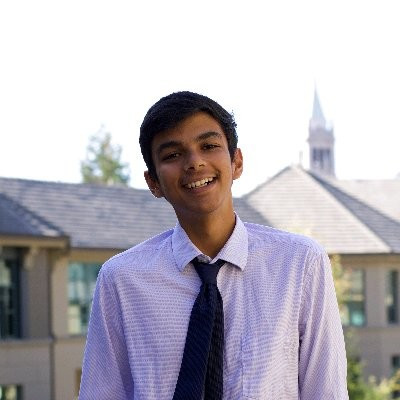