Is America ready for its next pandemic?

The BRB Bottomline: [insert a one or two sentence hook that sums up the spirit of the article and offers actionable value to the reader, e.g. Learn how to take of your metaphorical dog: Credit. What are the differences between credit scores and credit reports, and how to invest in your future.]

In the midst of the Coronavirus Pandemic, clear structural problems have arisen. Nearly every year, a deadly virus panics the world, and it ponders the question, is America ready for its next pandemic?

[The foundation of America’s complex healthcare system is its series of testing and private insurances. The Food and Drug Administration constantly checks items to declare whether or not it is safe to be in the hands of Americans; however, clinical labs were not able to begin testing kits to prepare for the Coronavirus since the protocol was to follow what the FDA had said according to The Atlantic.

In addition to drug regulations and safety issues, American’s, in general, have to make the choice of getting tested or not. In America, one must choose to get tested, potentially being a financial burden to the average American, whereas in other single-payer healthcare countries, getting tested for the Coronavirus is free and highly encouraged according to Times Magazine.]

[Let’s take in South Korea as an example. America and South Korea had confirmed their first case of the Coronavirus on the same day. With South Korea being a much smaller nation with a much higher person per capita than the U.S., South Korea exponentially grew; however, the government was able to flatten the curve by social distancing, and testing nearly 20,000 citizens per day.

Another country worth noting for is Taiwan, which has a considerably low amount of confirmed cases despite having many visitors from China. Although there are other countries that have failed to flatten the curve, the United States stands alone, exponentially passing every single country, having the most confirmed cases in the world.

Despite measures such as shutting down public institutions, social distancing efforts, and shelter and place lockdowns, the United States has been exponentially rising every single day and has yet to flatten the curve as a nation.

These graphs are from the New York Times

Universal Healthcare in other Modernized Countries

[One common similarity between most of the nations that were able to flatten the curve is that many of them have a single-payer healthcare system. While there are other countries such as Canada and France seem to be exponentially rising, the number of countries with single-payer healthcare that were able to successfully flatten the curve significantly outweigh those that do not.

In the United States, you have access to healthcare; however, the root of the problem is that access does not guarantee you can afford it. In other countries that have universal healthcare, they are able to get tested without the risk of it being a financial burden. Many people continue to ponder the question; how does the wealthiest country in the history of the world not guarantee healthcare to every man and woman?]

Coronavirus in the United States

[The United States has made strides in flattening the curve, yet confirmed cases continue to exponentially rise every single day. We need to look deeper into the faults of the American healthcare system and examine large structural problems. America was not ready for the coronavirus. Testing did not come in, and many Americans took the virus too lightly.

Furthermore, the mass media portraying this as a disease that harmed the elderly made it difficult to take seriously amongst generation z. According to Times Magazine, a man in Florida got tested negative for the Coronavirus and was charged $3,270.75. While cases continued to rise the United States made Coronavirus testing free, it did not cover treatment if you were to have the virus. As a result, fewer people have been getting tested because they felt as though there is no urgent need and that it is a risk financially. ]

[All over the United States, many government officials are not taking the pandemic seriously. In the state of Floria, Governor DeSantis has ordered schools to be put back in place by May because “it doesn’t seem to threaten kids” according to The Hill. Furthermore, America is one of the only major countries in the world that does not guarantee sick paid leave. Therefore, American’s are scrambling to put food on the table and risking their lives by going to work every day to make ends meet.

This is primarily why members of Congress have proposed to send stimulus checks of up to $2,000 for every single American, to freeze mortgage payments, and to guarantee paid sick leave. By doing so, it will help prevent American’s from going to work and stay home in order to practice social distancing.]

The Economic Effects of a Pandemic

[The United States stock market has plummeted, and the number of those who applied for unemployment has exponentially risen. Many experts claim that America is on track for its next great depression according to The Guardian. Many government officials have offered a stimulus check of $1,200 in order to boost consumption spending to low and middle-class Americans. In addition to the attempt to prevent the next Great Depression, the government has spent trillions of dollars in bailouts to large corporations. This can all have been mitigated if America was ready for its next pandemic.]

[The next big pandemic is inevitable. America must lead the way in fixing large structural problems such as our healthcare system and have mechanisms in place that will substantially lower the spread of the next pandemic. Moreso, it is up to the President of the United States to act quickly in helping everyday Americans. Utilizing the Defense Production Act, universal healthcare, shelter in place orders, and stimulus checks would have been much more powerful in flattening the curve.] 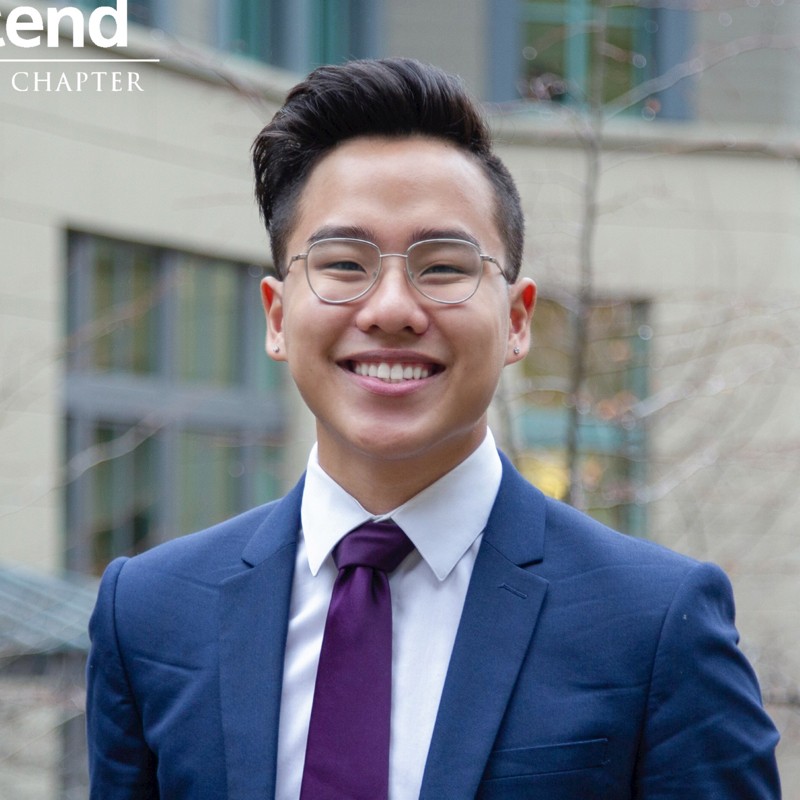 Dennis Mach is currently a Sophomore at the University of California, Berkeley, intending to pursue a Computer Science degree in the College of Letters and Sciences. Professionally, his work experience is diverse, from event planning to article writing to leading a committee of student leaders, He have a dynamic background, meeting individuals from all over the socioeconomic spectrum. These experiences have shaped him into the person he is today, and has ignited a passion within him to pursue a career towards business and technology.

2020-06-09
Previous Post: What Netflix Can Learn From The Downfall of HOOQ?
Next Post: Hey Macklemore, Can We Go (e-)Thrift Shopping