As economies across the world have come crashing down due to the coronavirus, Indian consumers are suffering from suppressed wages, mass lay-offs, and reduced economic activity. Yet, while the entire country’s economy has been turned upside down, one sector of the market has silently exploded: Instant loan suppliers, lending money to Indian workers who desperately need the funds to pay off critical bills. These lenders, however, charge gigantic interest rates which enable them to profit off of the backs of economically insecure workers.

Faced with perpetual economic turmoil since the coronavirus lockdown, the Indian economy has gone awry, placing consumers in a difficult position. Indeed, as incomes across India were slashed for over 45% of households in 2020, many Indians struggled to afford the most basic necessities including food, medicine, and shelter. For a handful of months, middle and lower class families stayed afloat by dipping into their limited savings but these funds quickly dried up. As 2021 begins, these vulnerable families have been forced to take on payday loans, also referred to as instant loans, which burden borrowers with unbearably high interest rates. How has India’s payday loan market changed due to the economic stress created by COVID-19, and what does this mean for the future of Indian consumerism and the economy at large?

The pandemic’s economic effects in India spiraled out of control. Despite the manufacturing sector retaining consistent levels of growth throughout the majority of 2020, Indian markets entered into a freefall with GDP dropping by 24%, pushing India into their first recession of the 21st century. The economic chaos that followed the early months of 2020 was a direct result of two components of the Indian economy: Government spending and the services sector.

For these two reasons, unemployment skyrocketed to 25% and business profits fell by 31% across all categories, causing a flurry of Indians to enter the instant loan market.

As incomes plummeted across the board, the demand for loans among consumers and corporations steadily grew causing demand within the instant loan market to catapult. Indeed, several new lending apps entered the online market providing loans to consumers in near instant time. These apps lured in customers by claiming to charge reasonable daily interest rates. These contracts, however, were crafted to trick workers into accepting unfair financial terms which, when annualized, resulted in cumulative interest rates (APR) greater than 400%. Problematically, these loans only served as a larger financial burden for consumers as many loanees were inevitably trapped in an endless cycle of debt: forced to take on additional loans to pay the previous one. This phenomenon, known as debt traps, caused the demand for loans within the Indian market to rise exponentially.

It is no secret that these instant loan apps are trying to trap customers in a cyclical debt dilemma. Indeed, many of the apps have been found to violate the Google Play Store Terms Of Service which is meant to strictly regulate applications in the fintech category. Numerous apps including Cashguru, 10MinuteLoan, and Rupeeclick have all been flagged and since removed for violating user safety policies. The future risks of litigation and government oversight must be considered before investors can safely invest in this sector. In the coming months, it will be imperative that the Reserve Bank of India and Play Store work to protect user’s rights and prevent more Indians from falling victim to the deadly debt traps laid out by these instant loan lenders. And, as 95% of Indian mobile users remain on Android’s marketplace, it is essential that Google assumes their responsibility to protect user interests by preventing these apps from receiving Play Store approval in the first place.

As India’s economy slowly rebounds from coronavirus and the nationwide lockdown is fully lifted, investors and consumers must tread carefully. Indeed, investors must resist the temptation of rushing to the instant loan market despite the high growth seen in that category in recent months, as the demand for loans will quickly normalize. On the flipside, consumers who took out payday loans during the pandemic must refinance or pay off their debt before falling victim to cycles of debt traps.

The economic future in India remains unknown and uncertain: even if the Covid-19 crisis is resolved soon, a debt crash may be hiding just around the corner. 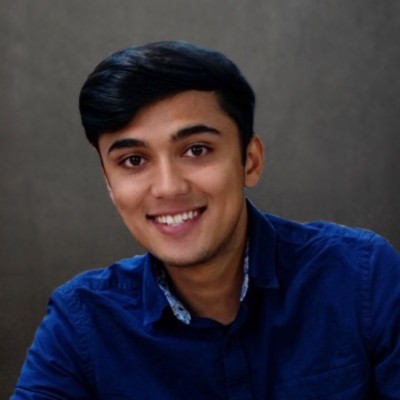 Ishan is a first-year student at UC Berkeley pursuing degrees in Computer Science and Business Administration. As an Investing Columnist, he is super passionate to discuss topics relating to global politics, foreign policy, international finance, and the intersection of business and tech. Ishan is also an analyst for the Phoenix Consulting Group, and a software developer and business consultant for Berkeley’s premier startup accelerator, Convergent. In his free time, Ishan loves gaming with friends, and playing and watching tennis and basketball, while rooting for Roger Federer and repping the Dubs.