Impact Investing: A form of “Guilt Capital” or a quest for Real Returns?

Countries across South-East Asia, Sub-Saharan Africa, and Latin America – including, but not limited to India, Philippines, and Vietnam – have seen an exponential increase in impact investments over the past few years. Many industry experts attribute this trend to the growth potential of emerging economies. However, could this trend be explained by a deeper, fundamental human need to satisfy a guilty conscience?

In 2020, the Global Impact Investing Network (GIIN), in its Annual Impact Investor survey, estimated the current size of the global impact investing market to be $715 billion, despite the global pandemic. For comparison, that’s worth nearly seven hundred Buckingham Palaces.

So, it’s a big market and we should care about it.

Making a Positive Impact Through Investing

Coined in 2007 by The Rockefeller Foundation, the term ‘impact investing’ is just a few years old. The GIIN gives it a more precise meaning: “impact investments are investments made with the intention to generate positive, measurable social and environmental impact alongside a financial return.” Very simply put, “impact investing” refers to making a positive impact through investing.

While each definition varies, there is one common characteristic of all these definitions: the focus on the intention or motivation behind investments. In this article, I try to seek exactly this – the true driver of impact investment. I identify two key drivers: a potential for real returns, and “Guilt capital”. Guilt Capital, briefly speaking, refers to investments made into emerging economies largely out of a guilty conscience.

Where is the Money Going?

Before we dissect the drivers of impact investment – let’s back up to find out where exactly are the $715 billion going. In the 2020 GIIN study, one of the most interesting findings was that nearly 60% of capital allocation is in emerging markets, with Sub-Saharan Africa attracting the most assets with a share of 21%. This trend, however, is not new. In a study conducted by the World Economic Forum in 2012 itself, it was noted that “investors – including pension funds, insurance companies and other institutional investors – have begun to demonstrate interest in the social impact investment market in developing countries, despite the associated challenges, such as high risks and relatively costly investment environments.” Similar trends were predicted by J.P. Morgan in 2015 and the OECD in 2016. These predictions and claims are now substantiated by the 2020 GIIN study which revealed that over 50% of investors intend to grow their allocations in South-East Asia and Sub-Saharan Africa in the next five years.

According to Forbes, the top three reasons why impact investment has soared in popularity include the desire to meet global challenges; achieve market-rate returns; and stabilize the investment portfolio. This is largely concurrent with the drivers of motivation for impact investment identified in the 2020 study by the GIIN, “a commitment to responsible investing, an efficient way to meet impact goals, and response to client demand.”

Most notable, however, is that over 70% of the investors believed that impact investment is, at least to some extent, financially attractive relative to other investment opportunities. This finding begs the question, is impact investment merely a quest for strong real returns?

It’s All About the Returns…

So far, two things should be clear: impact investors have a lot of money and a large part of it is going to emerging markets like Sub-Saharan Africa (SSA), Indonesia, Philippines, and Vietnam. Now, we need to figure why this money is being spent in these countries. In an interview with Sanjeev Goel, ex-IFC Head of Equity Investments, Financial Institutions Group, EMENA & Asia, he gave an example of India which has seen an exponential increase in impact investments. He attributed this to “a huge commercial opportunity”. He aptly added, “the only thing that remains is translating this opportunity to reality”. He explained that similar trends and opportunities are seen in East Asia. This argument is supported by the findings of the 2020 GIIN survey which states that 90% of the investors in South Asia (SA) felt they met or exceeded their financial expectations. The number was 50% in Sub-Saharan, and 40% in Latin America. This is a clear indication of strong realized returns, possible only by capitalizing on the opportunities. Thus, returns could undeniably be a driver of motivation for impact investors in emerging markets. However, while it is impressive that over 90% of SA and SSA investors met their financial expectations, what is more impressive is that 100% reported meeting their impact performance benchmarks – surpassing US, Canada, and Europe.

Both the data and Mr. Goel made a strong case for why strong real returns could be the primary reason for increase in impact investments in emerging markets. However, this makes me wonder: are we humans just all about the money? I believe the answer is no. It seems to me there is something else at play that draws investors to emerging markets, something I call – Guilt Capital. As aforementioned, Guilt Capital, simply put, refers to investments made into emerging economies largely out of a guilty conscience.

The Roots of Guilt Capital: The Thesis of Capitalist Underdevelopment

In “The Thesis of Capitalist Underdevelopment”, Andre Gunder Frank argues that under capitalism, hyper extractive relationships between satellite locations (from where capital flows) and metropoles (to where capital flows and is hoarded) have formed. The result of this extractive relationship is that the satellites (such as countries in Latin America or South Asia) become underdeveloped in relation to the overdeveloped metropoles (such as US or Europe). These relationships arise due to the contradictions of global capitalist development.

The guilty conscience described before stems from an increasing awareness and acceptance of the eons of this hyper exploitative relationship of developed and developing countries under capitalism, portrayed by Frank.

According to Folio Financial (a Goldman Sachs Company), they attribute the dramatic increase in impact investing to Gen Zers and Millennials, claiming that 95% of Millennials are interested in impact investing. Unsurprisingly, Gen Zers and Millennials are here to save the day again. What is more interesting, however, is that they describe impact investors as “personal values investors” and,drumroll please, “conscious investors”. Arguably, consciousness and conscience are two different things – but are they really?

According to Folio Financial, “conscious investors” increasingly let their personal values drive their approach to investing. They claim that by doing so, “conscious investors” attempt to “make their investment portfolios a statement of who they are and what they stand for”. Going back to Frank’s argument, it does not seem implausible to claim that what Gen Zers and Millennials stand against is the hyper extractive relationship between satellites and metropoles. Therefore, could an awareness about raging underdevelopment of emerging markets under Capitalism result in the dramatic increase in the allocation of Guilt Capital to developing nations?

A social entrepreneur, Richard Blossom – Founder and CEO at Perfect Earth, and Ex-President Asia Pacific of PepsiCo – answers the question. Perfect Earth is a social enterprise based in Thailand with the goal of sustaining poor farming communities through organic agriculture. He explained, “I definitely did not do this [Founded Perfect Earth] for returns. I did it because I found the opportunity and the problem absorbing and exciting. We might make money in the end if we do things well but that was not the starting vision.” When questioned if he feels a greater sense of satisfaction now at Perfect Earth, he stated, “I definitely feel more satisfied. Arvind [Co-Founder & Director, Perfect Earth] and I often say that Hilltribe Organics [Sister Company of Perfect Earth] is maybe the project we have found most satisfying.” He justifies his claim that this is “because we triple the income of small farmers and created a market for organic eggs in Thailand that never existed.” This sense of satisfaction could easily be linked to soothing a guilty conscience. Having worked closely with Mr. Blossom for about half a year now, to me, it seemed that some form of guilt was at work when he pivoted from a company that epitomizes capitalism – the PepsiCo conglomerate – to a social enterprise based in Thailand – Perfect Earth. In the case of Mr. Blossom, his guilt fuelled a desire to create change – just as might be the case for many. When asked his thoughts on the theory of Guilt Capital, he wittingly said, “If guilt is the reason, then fine. But hopefully over time it will just be good business sense. It almost always makes sense to invest in growing industries vs declining ones. And coal just isn’t a good bet now. Nor are high sugar, high caffeine soft drinks. Or high fat cakes.” While at Perfect Earth he’s certainly investing time and energy, what he’s also investing is guilt capital. And he is not alone.

While there is a clear trend of strong, increasing, real returns from emerging markets, I believe there is more at stake. As awareness about the exploitative relationship of metropoles and satellites increases, so will acceptance. However, I like to believe that Gen Zers and Millennials will not stop there. They will take action. They will make change. And when that change is driven monetarily – as impact investment – it will take the form of guilt capital. This, I believe is an equally, if not more, convincing argument for the exponential increase in impact investments in emerging markets. More importantly, even if real returns fluctuate, what will continue to impel change in emerging markets is our guilty conscience and our inherent need to galvanize change. 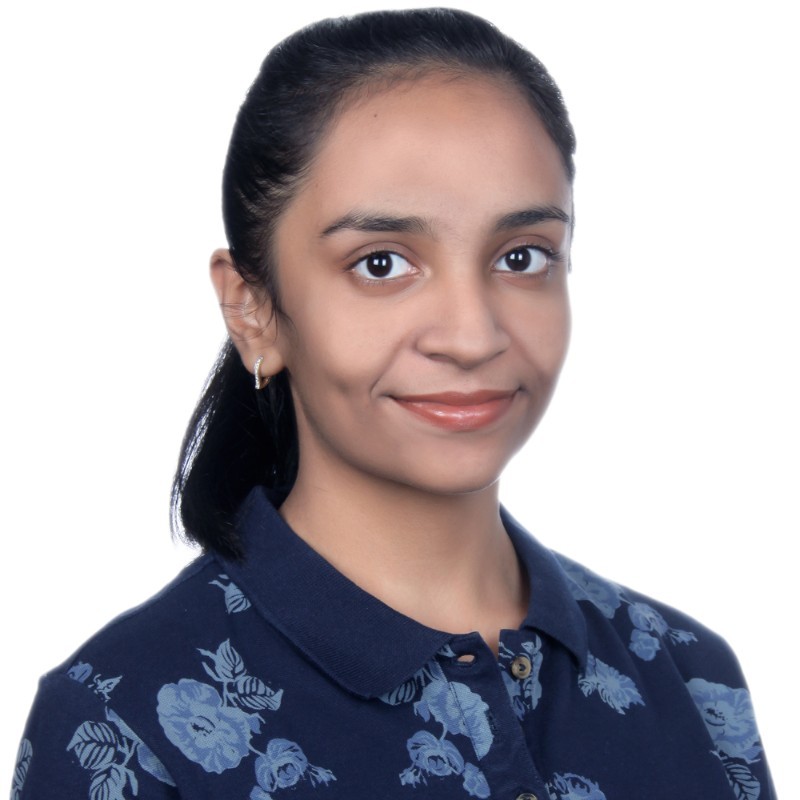 Sukkriti is a freshman at UC Berkeley, intending to major in Business Administration and Legal Studies. With her writing, she strives to create enduring impact on timeless themes that trouble her immediate and extended communities: rampant Teenage Smoking; the fragmentation of cultural values; and, most recently, India’s deep-rooted caste system. She is also in the process of developing her Ed-Tech startup, Books & Notes. At BRB, she hopes to commingle her passion for writing and her amassed knowledge of Economics hitherto.