The BRB Bottom-line: Illicit drug use and substance abuse has been a prevalent issue across the world impacting peoples’ livelihoods through a cycle of addiction and creating dependence on illicit substances. While there are current restrictions on the use of drugs in the United States, there needs to be greater oversight to understand—and fix—the problems at hand. The issue needs a collective effort to address those struggling with such issues.

In 1971, President Richard Nixon officially proclaimed a war on drugs. Since then, the United States has spent well over $1 trillion on drug prevention and detainment. “If we cannot destroy the drug menace in America, then it will surely in time destroy us,” Nixon told Congress in 1971. “I am not prepared to accept this alternative.” The goal of the war on drugs is to reduce drug use. The specific aim is to destroy and inhibit the international drug trade — making drugs scarcer and costlier, and therefore making drug habits in the US unaffordable.

In 2014, the White House evaluated American medication laws and spent roughly $100 billion to identify unlawful medications shipping routes, business tactics, and linked systems. The United States Federal Government has funneled billions of dollars to lobby for stricter border control from South American countries and other regions across the world. By examination, the United States government burned through $39.1 billion through this effort in 2015. In addition, they have burned through over $29.7 billion on science to evaluate the effectiveness of such plans and conduct drug research.

The economic patterns of illicit drug trafficking follow the same principles of any illegal good or service. Underground markets don’t work like typical markets. A black market normally shows a few inclinations of monopolies, with high barriers to entry, absence of conspicuous agreement law, and dubious property rights. Another weakness that is a component of black market trades is that purchasers will in general be prisoners of the underground economy without lawful or clinical plan of actions for use. Heroin addicts, for instance, can’t easily gain treatment without risking massive medical costs and possible legal trouble. The addictive nature of drugs like heroin leads to a cycle of continuing repurchasing and filling the wallets of drug industry tycoons.

In 2014, the London School of Economics (LSE) Expert Group on the Economics of Drug Policy released a report entitled “Ending the Drug Wars.” The paper shares how drug trade is at an all-time high and is a foundational commerce good of less developed countries (LDC) economies. The LSE estimates that cocaine and heroin receive a markup of nearly 1,300% and 2,300%, respectively, when exported. This compares to a 69% markup for coffee or 5% markup for silver. Hence, the financial incentive for illicit drugs makes the substances more likely to be traded.

In response to such illicit economic trading, in government discussions about medication sanctioning, stricter drug enforcement through licenses and exclusions against certain individuals, supporters contend that the legislature could make medications lawful — regardless of whether it’s abuse, fixation, overdoses, or sedate related wrongdoing. This was a key point against Prohibition (of liquor) during the 1920s and 1930s, and against marijuana restriction today.

The Food and Drug Administration (FDA) has made the mistake of false regulations leading to such cycles of demand. The New York Times reported that the FDA previously “tasked Purdue Pharma in the early 2000s with leading a risk management program for OxyContin, its own product.” Purdue and OxyContin are now widely blamed for the opioid epidemic, because widespread marketing for the opioid convinced many prescribers that opioids were safe and effective for treating pain—leading to a lot of overprescribing.

Kathleen Frydl, a drug policy historian, previously summarized some of the FDA’s other failures in the opioid crisis. From the misguided approval and branding of OxyContin on the basis of information the FDA knew to be faulty, to the puzzling approval of the similar opioids of Opana in 2006 and Zohydro in 2013, the FDA has operated on the belief that opioids are beneficial in managing chronic pain, although there is to date no persuasive evidence of their effectiveness, and only mounting proof of their morbid risk.  A meta-analysis conducted by the Canadian Medical Association discovered that opioid use is more likely to produce pain than properly medicate patients. Also damning is the fact that most of the criminal and civil prosecution of drug companies for “misbranding” their opioid products as less addictive has come at the hands of U.S. attorneys and whistleblowers, even though the law broken in these instances—the Food, Drug, and Cosmetic Act—falls well within the purview of the FDA. Aggressive in opioid approvals, the FDA has been lethargic in responding to the consequences. 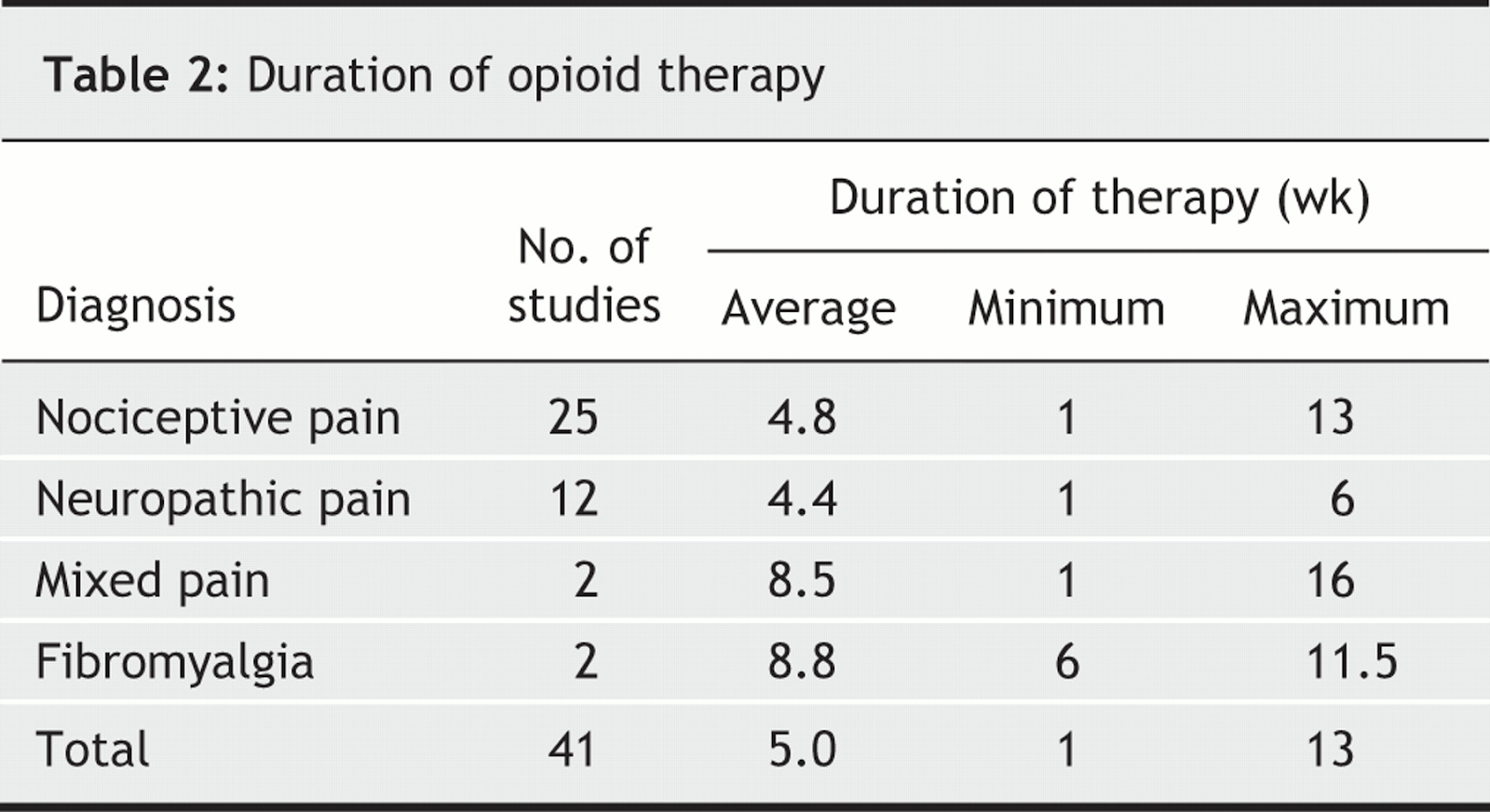 Much of this is the result of aggressive lobbying from pharmaceutical companies. Over the past decade, opioid producers and suppliers have spent hundreds of millions of dollars at the federal and state level lobbying lawmakers to stop new regulations on their drugs, while calling on policymakers to actually loosen access to painkillers.

Another key governmental failure is the prevalence of smoking. Certainly, smoking rates have come down by nearly three-fourths in the past five decades, in large part thanks to government efforts like higher taxes on cigarettes and stricter enforcement of smoking age laws. But despite these efforts, smoking still kills an astonishing 480,000 Americans each year by some estimates and 540,000 by others. It would take roughly 30 years of murders, at the 2015 rate, to kill this many Americans. That government regulators allowed the tobacco epidemic to get this bad before they finally took strong action from the 1960s to 1990s speaks to just how badly the US can botch drug regulation—much of that was a result of lobbying and misinformation by tobacco companies.

Then there’s alcohol. By the latest estimate, excessive drinking is linked to about 88,000 deaths and millions of hospitalizations each year. If anything, this seems to be getting worse: as opioid overdose deaths have risen, so too have alcohol-related deaths. And while experts have all sorts of ideas to combat alcohol misuse and death (including something as simple as raising alcohol taxes), lawmakers and regulators have failed to do much of anything in large part because alcohol companies aggressively lobby them not to, blocking anything from higher taxes to nutrition labels. (Congress actually cut alcohol taxes last year following lobbying from beverage companies.) These drugs are dangerous and kill people, but Americans and policymakers have been slow to do anything about it, with powerful for-profit interests standing in the way.

A key comparison to full scale drug legalization is the opioid epidemic. For RealClearPolicy, Robert VerBruggen wrote that the opioid epidemic has forced him to confront some of his libertarian views on legalization. While he “was never so naïve as to think there would be no increase in drug use or abuse if drugs were legal,” he ultimately figured the cost-benefit analysis would land in favor of legalization and against prohibition.

There’s also little argument that America has been excessive in its punishment for drugs. From the harsh mandatory minimum sentences to the three-strikes laws that can get someone life in prison for drugs to the overly strict probation and parole rules that can get someone thrown back into prison for little more than possession, the US has a lot of room to reduce punishment.

The research, after all, shows these punishments aren’t effective. A 2014 study from Peter Reuter at the University of Maryland and Harold Pollack at the University of Chicago found there’s no good evidence that tougher punishments or harsher supply elimination efforts do a better job of driving down access to drugs and substance misuse than lighter penalties. So more severe penalties don’t do much, if anything, to slow the flow of drugs.

The only war on drugs that the US can win is one that focuses on demand reduction. Although many scholars and policy analysts have suggested that the US legalize drugs or at least decriminalize them, this is an unrealistic expectation. For nearly 40 years the USG has operated from a stance that views narcotics as criminal and this view has likewise been adopted by the American public. The best policy and least controversial, would be one that reduces America’s demand for drugs.