This article explores how Paycheck Protection Loans aided small businesses during COVID-19 and the role that they will play as the economy recovers.

The very beginning months of the pandemic ushered in a nationwide shutdown across the United States. Non-essential businesses were forced to close storefronts, and tens of millions of Americans were forced out of work. While most big businesses were able to stay afloat, many small businesses could not sustain themselves without access to revenue, forcing closures.

How then were small businesses able to support themselves during such a stagnant time in the economy? How can businesses keep workers on the payroll when no sales are occurring? This article explores the effectiveness of the Paycheck Protection Loans in aiding small businesses during COVID-19 and the role that they continue to play during economic recovery.

To help aid citizens greatly affected by lockdown protocols that shut down non-essential businesses, the Coronavirus Aid, Relief, and Economic Security Act was signed into law on March 27th, 2020 by former president Donald Trump. Amongst a number of other programs, the Paycheck Protection Program (PPP) was established, with around $349 billion initially available to loan to small businesses to help them retain employees. The PPP loans were forgivable, as long as small businesses followed the provided guidelines. However, if the guidelines were ignored, an interest rate of one percent and either a two-year or five-year maturity was imposed on the loan.

Each loan was dispensed using the Small Business Administration’s (SBA) existing program and infrastructure and were available starting on April 3, 2020 to provide urgent financial aid. Companies were allowed to request a maximum loan amount of up to 2.5 times their average monthly payroll, or $10 million. Within a matter of only thirteen days, however, all of the program funds had been exhausted.

Public Scrutiny of First Round PPP

Following the initial allocation, the government faced significant public backlash. Many small businesses felt that qualification requirements were too loose, there were too many strings attached, and banks were procuring unfair profits via processing fees.

Although the program was designed to aid struggling small businesses, a number of companies that seemingly fit outside the small business guidelines, as well as many prosperous small to mid-size corporations, received PPP loans. For instance, Shake Shack, which employs nearly 8,000 workers, received a $10 million loan from the SBA, and Ruth’s Chris Steak House, which employs 5,700 people, received $20 million total. Large public outcry over the loans prompted both companies to return the funds given by the Paycheck Protection Program and secure loans elsewhere. Small businesses that were not struggling could also receive PPP loans. One such company, Chembio Diagnostics, which was still prosperous during the pandemic, decided to receive a forgivable loan to help grow the company, causing public disapproval of the requirement criteria.

Amid the complaints over loan requirements, small businesses were also unhappy with the perceived strings attached to the PPP loans. The biggest complaint laid with the fact that 75 percent of the loan had to be spent on payroll, with only the remainder being allowed on rent, mortgage, interest, or utilities. Business owners found that it would be more beneficial to have a higher percentage of funds go to non-payroll necessities for the company. Restaurant owners, for example, desired more capital for inventory replacement, as many perishables had to be thrown away during closures.

Given the looser requirements for receiving PPP loans as opposed to regular bank loans, banks were eager to issue the first found PPP loans, especially given that there was not strong regulation against processing charges. Therefore, banks were able to rack up sizable profits by serving as the intermediary between the SBA and small businesses with between one and five percent fees, depending on loan size. Nationwide, these fees totaled $10 billion, sparking public commotion over taxpayer dollars going to banks for their part in fee issuance.

Second and Third Round PPP Loans

In response to the vast number of unfulfilled applications from first round PPP loans and widespread small business closings, the government decided to further fund the program. On April 24th, 2020, the Paycheck Protection Program and Health Care Enhancement Act became law, expanding the PPP loan program. It injected an additional $310 billion dollars into the program, with $60 billion being allocated for small banks/lenders to issue. Because of how close in time the second-round loan program was funded in relation to the first round, the public concerns over the loans were not factored into the second tranche; however, the increased accessibility to the funds for small businesses decreased public outcry. While the PPP was set to expire on June 30th, 2020,  Congress authorized an August 8th, 2020 extension, after which the program expired.

On December 21st, 2020, however, the Consolidated Appropriations Act was signed into law, reinstating the PPP loan program with $284 billion and ushering in some moderate  reforms to the program. The first two days of the program were reserved for minority owned and under-twenty employee businesses before opening up to all qualified companies.

On March 30th, 2021, the program was extended for another month (the end of May) to allow more companies to benefit from the program. New policy additions  to the Paycheck Protection Program showed that the government had also  listened to the public’s criticisms and strengthened it. For example, starting in December 2020, the IRS no longer taxed business expenses paid using  PPP loan capital: a major policy shift from the first and second rounds. Further, the percentage of loan that had to be used for payroll expenses decreased from 75 to 60 percent, allowing business owners to focus on covering other outstanding expenses.  The bill also allowed companies who received a PPP loan in a prior round to submit another application for funding, as many businesses still needed money. The last major change to the program was  an increased inspection timeline for applicants and a raise in the number of PPP recipients . This change helped ensure lower rates of fraud but caused lengthened processing times.

The increased screening of PPP loan applications comes as a result of many accounts of fraud in which loan recipients use the money for personal expenses rather than business expenses and payroll. For instance, a D.C. pastor was recently charged with fraud after obtaining a load for a defunct business and purchasing a Tesla. Similarly, a NASA employee fraudulently received PPP loan money and used it to purchase personal items such as a new car and a pool.

From the start of the Paycheck Protection Program, Congress intended PPP loans to prioritize aid in rural areas that saw comparatively less aid from other pandemic-related programs. After round one and near the beginning of  round two of loan extension, (May 2020) the Small Business Administration’s inspector general warned that the SBA instructed lenders to target rural applicants . It was  too late by the time the SBA issued a memo to its lenders in mid-June as most loans had already been issued. As a result, the majority of PPP loans went to small businesses in communities with high access to resources, leaving underserved–and disproportionately rural–markets struggling. Exemplifying this point, Bank of America, one of the largest PPP lenders, issued half of its loans to the nation’s highest-income zip codes, with only 8 percent  going towards lowest-income communities.

In the most recent round of PPP loans, however, rural states and areas were  receiving a significantly larger share, helping to aid small businesses that have been ignored during the pandemic. Nevertheless, predominantly white areas still receive disproportionately  more money from PPP loans.

Evaluating the Effectiveness of PPP Loans

Studies of data during the second round of loans suggest that the PPP increased aggregate U.S. employment by between 1.4 million to 3.2 million jobs through the first week of June 2020. In December, Treasury economists estimated that the program may have saved as many as 19 million jobs. Many opponents to the Paycheck Protection Program argue that the unemployment benefits would have cost far less while providing income and food assistance; however, they fail to account for the economic benefits of saving hundreds of thousands of businesses.

If  businesses were not kept afloat through PPP loans, there would not have been enough jobs for Americans to return to when lockdown measures began to lift nationwide. Not only this, the PPP program increased accountability, helping to ensure that money was used for beneficial purchases, such as rent, wages, and other necessities, rather than wasted on nonessential items, such as gaming consoles, when money is tight. The government funded program certified that money was not thrown around carelessly, but instead, it was used to strengthen and heal the economy. Although regulation could have been tighter on who could receive a PPP loan and targeted better towards low-income areas, PPP loans were critical to the survival of small businesses during the pandemic and helped allow for the rebound of the economy as lockdown protocols have begun lifting.

Going forward, PPP loans should be prioritized to serve low-income and underserved areas, helping to fix the imbalance in loan issues between economic classes during the duration of the program. Many banks are focusing on these areas and facing the issue head on, such as Southern Bancorp.

Although the Paycheck Protection Program is still fiercely debated over its effectiveness during the pandemic, it did help millions of Americans remain employed and millions of businesses remain afloat when the economy went to pieces. Now, these businesses are front lining the economy’s recovery to pre-pandemic levels and are critical for the country to return to normal life once again.

Despite the PPP loan program being set to expire at the end of May, there is still need for such forgivable loans in low-income, underserved communities that were hit especially hard by COVID-19. Increased scrutiny over loan applications needs to remain in place to prevent misused funds and help small businesses in most need of funds to revitalize their company. 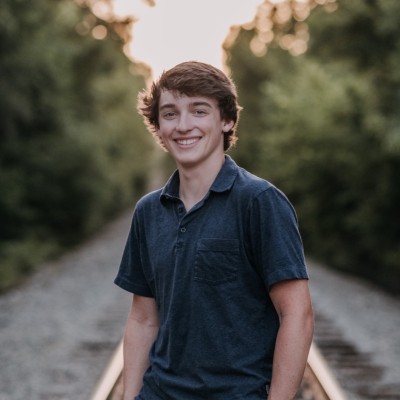 Logan is a freshman from Little Rock, Arkansas, and he intends to major in Business Administration or Economics. As a columnist, Logan looks forward to combining his passions for writing and economics with the goal of helping educate his broader community on current events. In his free time, Logan enjoys watching and playing soccer, basketball, and golf.

2021-07-20
Previous Post: Intellectual Property in a Pandemic: Does Vaccine Access Need to Change?
Next Post: Not In Their Prime: Seasonal Employment and Elderly Poverty in Nomadland