A Regulator’s Perspective on Monopoly Power

BRB Bottomline: Is Monopoly merely an old school early 20th century phenomena? How do modern businesses in America achieve aggressive consolidation? We will look into a common current merger and acquisition practice of firms competing in the same industry: horizontal integration.

It’s high school, and you’re sitting in U.S. History, waiting impatiently for your teacher to finishing lecturing on a section about mid-19th century robber barons, like John D. Rockefeller and Cornelius Vanderbilt. “Rockefeller once owned 90% of all the oil in the United States,” says your teacher, “and Vanderbilt was so powerful that his competitors paid the equivalent of $1.8 million a month just to keep him from competing.”

Boy, how things have changed. Back to reality: Amazon controls nearly 50% of e-commerce spending, and Facebook has its pulse on more than 2 billion people around the world. While the traditional Standard Oil-type monopoly no longer exists, monopoly power is alive and well. The goal of this article is to explain how the Fair Trade Commission (FTC) and Department of Justice (DOJ) think about the regulation of monopolies and the metrics they use to prevent companies from accumulating unhealthy amounts of market power.  Instead of powerful robber barons and their portfolio empires, we now observe a big increase in corporations consolidating their market power by acquiring their competitors, a practice known as horizontal integration.

In 2017 alone, more than 20,000 acquisitions were announced, valued $2 trillion marking an impressive 12.2% increase from the previous year. From the publicly advertised AT&T/Time Warner acquisition to the recently proposed CVS/Aetna merger, some of the largest mergers and acquisition (M&A) deals are in the works and have the potential to change the current business landscape.

Specifically, horizontal integration is when companies merge with their competitors in the same industry. Both the DOJ and FTC set the benchmarks and indicators that measure what anti-competitive practices look like. What follows is an explanation of what the DOJ and FTC have defined as indicators of illegal horizontal integration: 1) Unilateral Effect, and 2) Coordinated Interaction.

In early 2004, General Electric made a formal proposal to acquire a prominent European medical ultrasonic nondestructive testing (NDT) equipment manufacturer named Agfa-Gevaer. With the acquisition of Agfa-Gavaer, GE, as an existing and established global NDT player sought to consolidate itself as America’s sole NDT manufacturer. Citing potential concerns over anti-competition and product quality reduction, the FTC ultimately ordered GE to divest its Panametrics NDT segment as a requirement for the acquisition.

In any merger and acquisition case, an entity poses the potential for unilateral anti-competitiveness when it aims to acquire a competitor of the same industry of which is only composed of the merging firms. In other words, the merging firms comprise the entire market share of the industry. In the context of GE’s NDT case, GE and its acquisition target, Agfa-Gevaer, were the sole providers of NDT equipment. Had the FTC allowed GE to sign the deal without any divestitures, GE would have had the power to increase prices without competition. Moreover, without the market threat of competitors, GE would probably direct less investment into R&D.

Now that we’ve learned about how the merger of two dominating industry players exercises monopoly power, what about an industry that is made up of many players? How do regulators think about consolidation between smaller players and its effect on market dynamics.

Consider a commodity like premium Rum. Back in 2001, Diageo, a British multinational spirits maker, tried to acquire Bacardi’s premium rum brands. The FTC and DOJ challenged this acquisition because Diageo and Bacardi represented the  2nd and 3rd largest rum players in the U.S. with 8% and 33% market share, respectively. After the merger, the FTC and DOJ projected that Diageo’s consolidated market share could hike to an astonishing 95%, far more significant than the 45% their current combined market share would appear to be. Consequently, Diageo was ordered to divest its Malibu Rum subsidiary—its leading rum brand—to  a commission-approved buyer.

Diageo failed to show regulators that its proposed purchase of Bacardi wouldn’t hurt the profitability of remaining industry firms. Moreover, it failed to make an explicit claim to maintain successful and sustainable market coordination with remaining players. Without sufficient evidence that it could ensure fair market practice, the regulators nixed Diageo’s acquisition of Bacardi for reasons that the consolidated business would crowd out competitors and result in an effective monopoly over U.S. premium rum.

To summarize, the FTC and DOJ’s comprehensive definition of  fair coordinated interaction between merging firms and their unmerged competitors is that every firm: 1) is entitled to profitability, 2) must comply with agreed upon M&A terms,  and 3) will be punished if those terms are violated.

If you are interested in learning more about the current law on horizontal integration, you can find detailed legislation and case studies in the links below:

For the DOJ’s guidelines on horizontal integration: https://www.justice.gov/atr/commentary-horizontal-merger-guidelines

For the FTC’s summary on M&A guidelines: https://www.ftc.gov/tips-advice/competition-guidance/guide-antitrust-laws/mergers/competitive-effects

Through M&A, companies try to better their market position against competition.  Regulators, like the FTC and DOJ, work tirelessly to ensure that balance exists within market players and between consumers competitors, and the law.

Any firm, regardless of its size, product, or service, can pose anti-competitive threats through horizontal integration. Inevitably, market participants will continue to make new acquisition proposals, and regulators will have to continue to stay attentive of unfair market consolidation. So next time, when you come across an article about a contested merger and acquisition, think about the incentives of the merging firms and whether consolidate may allow that firm to abuse its competitors. 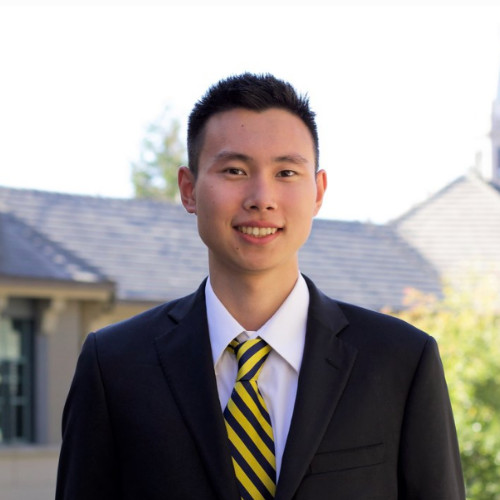 After growing up in China and living in NY for almost a decade, Frankie is in his sophomore year studying Economics. As an avid WSJ reader, he is deeply curious about the world of investment and macroeconomic trends in emerging markets. With his experience tutoring Cal Athletes and leading a freshmen orientation group, Frankie looks forward to bringing forth his passion in peer mentorship to BRB’s financial literacy DeCal. Outside of academics, Frankie can be found updating the latest news in sports such as Formula One, College Football, and Basketball.

2019-04-28
Previous Post: Leveling the Playing Field of College Admissions
Next Post: How to Get Rich (Eventually) and Why They Don’t Want You to Be